How's It Feel To Officially Be In A Political Cult? 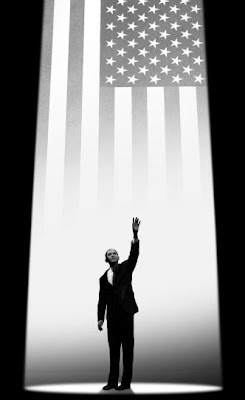 "What has occurred -- irreversibly -- is this: He's become ordinary. The spell is broken. The charismatic conjurer of 2008 has shed his magic. He's regressed to the mean, tellingly expressed in poll numbers hovering at 50 percent.

For a man who only recently bred a cult, ordinariness is a great burden, and for his acolytes, a crushing disappointment. Obama has become a politician like others."

-- Charles Krauthammer, stating once again (as I have a billion times from the very beginning) Barack Obama has led a political cult - whether most everyone else is too embarrassed to admit they were part of it or not - and now it looks like it's finally falling apart, to The Washington Post.

Funny, but no one doubts him when he says it. Nobody even questions it. But I catch hell. I think I've gotta start running with a better class of people,...

It's all becoming so pathetic now. Scratch that - this has been pathetic from the start. A political cult, rising to power in America. I could never imagine such a thing. With an electorate this stupid, we can kiss goodbye the idea "it could never happen here" forever. I've seen it. It's happened already. With everyone's blessing. Because the guy was black.

Hitler would be shocked - and yet, perversely, oh, so proud.