Gulp: This Is Really A Lonely Road Now,... 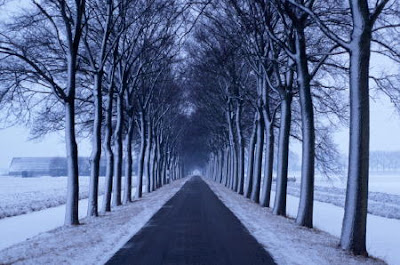 Hey Y'all (and thanks, Ann: wow - between you and Glenn (who I also criticize mercilessly: bravo!) the number of visitors are overwhelming - such fucking power you two hold:)

Folks, I quoted Lisa Schiffren talking about the tourist experience of Paris (which almost all of you are referring to as well) while I was talking about eating in "France" - the country - so MadisonMan's "Paris! = France" shit don't wash: I lived all over the damn place, off and on, over the course of 20 years - especially Alsace, where my killer ex-wife is from. Your various Paris experiences are as real to the state of the country as The Drill Sgt's "NYC = USA" analogy. "Get a guidebook", Fred4Prez? Please: go somewhere other than the biggest and most popular city over there - and actually stay for awhile - and, like me, you'll run screaming from that racist, socialist, insane asylum.

And, finally, a confession:

After all my bitching about being ignored, Ann, you got me:

For the very first time, I don't know what I'm going to say on my own blog.

I guess I'll do another post on France, but it's definitely going to have a NewAge/cult angle - this is one opportunity that's too good to pass up.

Contrary to popular belief (or my online image) I do have (a few) "good days" and this is one of them: I made over $1, 400.00 at work today and now with this kind of exposure - it's amazing. If I can keep this up - and get a few donations through TMR - I'll be out of debt soon (my killer ex and her quack doctor ran away to France with all of my money - out of reach of the American courts - but not exactly the french ones) and I'll be able to get back to what I think my true calling is, for the time I have left:

That, in my opinion, will be a true civil rights milestone in the making - and one I think you should all support. Don't forget:

Martin Luther King was a Republican,...