Begging For A Fight (You're Going To Lose) 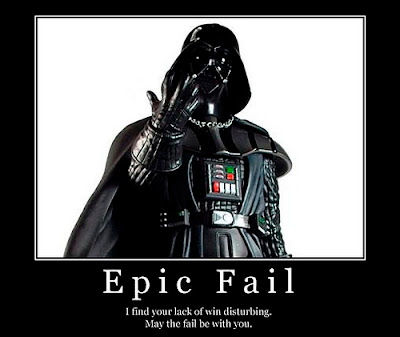 During a symposium on "moderate Islam" a Muslim named Tawfik Hamid says:

"Moderate Islam must not be passive. It needs to actively reinterpret the violent parts of the religious text rather than simply cherry-picking the peaceful ones...."

This reminds me of two things:

1) The first Muslim I ever really knew was named Tawfik and, whenever the Koran was mentioned, his eyes would grow about three sizes too wide and he would go into (what appeared to be) an indoctrinated speech about the Koran being "the most beautiful book in the world", etc. He seemed crazy to my eyes. Needless to say, he was a friend of my ex-wife's.

2) The desire to redefine things - why? What is it about words and concepts, already well understood, that drive people to want to change them rather than just accept what they mean and are? Islam is a violent religion and marriage is between a man and woman. No reinterpretation needed by Muslims or gays. What is needed is for members of these groups to stop being hard-headed, stop trying to push others around, and accept reality:

You've been confused for a long, long time - and now it's time to stop.

A better course of action would be to immerse yourselves in what these words and concepts really mean - not how you've been led to wrongly interpret them - and move forward from there. Everyone's life would be better off that way, and isn't that not only the point, but a better result than you selfishly demanding we accept whatever made-up definition you'd try to foist upon us?