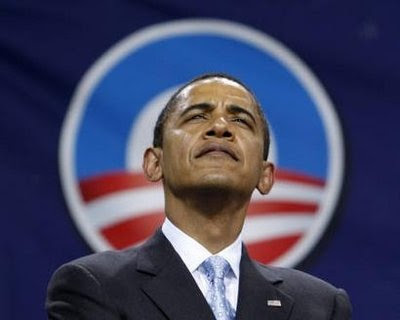 "...Nobody joins a cult. You join a self-help group, a religious movement, a political organization.

They change so gradually, by the time you realize you're entrapped - and almost everybody does - you can't figure a safe way back out...." Today’s candidates are running enthusiastically for national preacher—and much else besides. 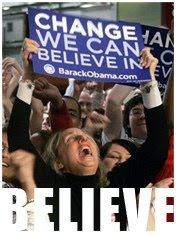 In the revival tent atmosphere of Barack Obama’s campaign, the preferred hosanna of hope is “Yes we can!” We can, the Democratic front-runner promises, not only create “a new kind of politics” but “transform this country,” “change the world,” and even “create a Kingdom right here on earth.” With the presidency, all things are possible. 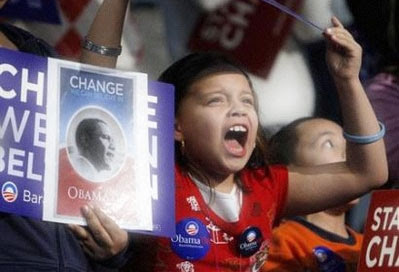 In The Road to Serfdom, economist and political philosopher F.A. Hayek chastised the “socialists of all parties” for their belief that “it is not the system we need fear, but the danger it might be run by bad men.” Today’s “presidentialists of all parties”—a phrase that describes the overwhelming majority of American voters—suffer from a similar delusion. Our system, with its unhealthy, unconstitutional concentration of power, feeds on the atavistic tendency to see the chief magistrate as our national father or mother, responsible for our economic well-being, our physical safety, and even our sense of belonging. Relimiting the presidency depends on freeing ourselves from a mind-set one century in the making. One hopes that it won’t take another Watergate and Vietnam for us to break loose from the spellbinding cult of the presidency.

-- Gene Healy, author, from his essay "The Cult of the Presidency" on Reason Online 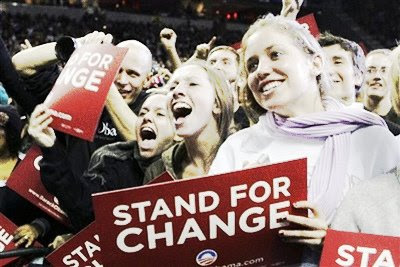 All these photos (and the video below) were taken from a kinda-scary blog, called "Is Barack Obama The Messiah?", which has to seen to be believed: it documents all the people who are regarding Barack as Jesus or some shit. 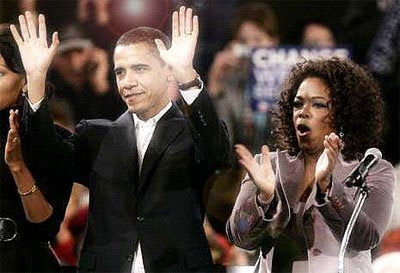 It's truly amazing that no one - especially Barack Obama himself - is making an effort to stop this fanaticism. It doesn't speak well of him, journalism, our educational system, or the country, that it's gone on this long - or that it's happening at all: I mean, after almost two years of speeches, the man still hasn't even defined what he stands for yet. That's not politics:

It's cultism. Pure and simple.