Save Your Savior (For Someone Needs Saving) 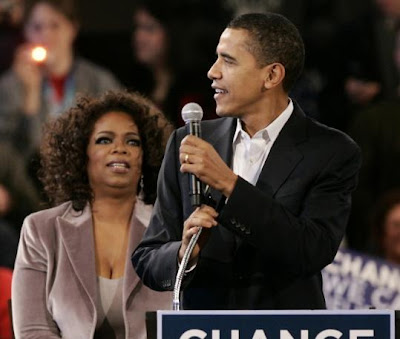 This being the weekend, I'm not going to do a lot of posting, but, it occurred to me, I should point out that Oprah "I'm creaming my pants right now" Winfrey has said Barack Obama is "The One":

And that's, also, a title the cult leader (and convicted child molester) Dwight York chose for himself, too. You didn't think I'd miss that one, did you? (For those of you new to TMR, following cultism is a thing of mine,...)

York was also known as "The Green One" for all you environmentalists out there.

Anyway, yoga master (and San Francisco gay columnist) Mark Morford chimed in and referred to Obama as a "Lightworker" - and he was even nice enough to provide a description of what that is - check it out: 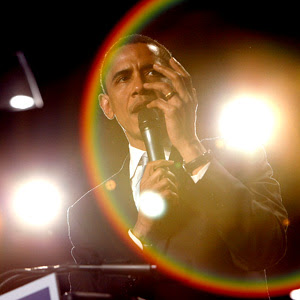 "That rare kind of attuned being who has the ability to lead us not merely to new foreign policies or health care plans or whatnot, but who can actually help usher in a new way of being on the planet, of relating and connecting and engaging with this bizarre earthly experiment." 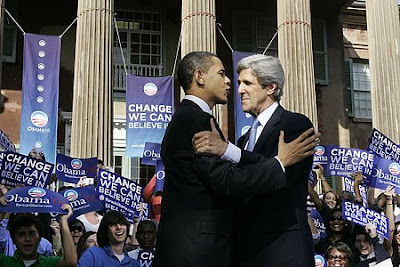 I don't know where the NewAgers got that from. 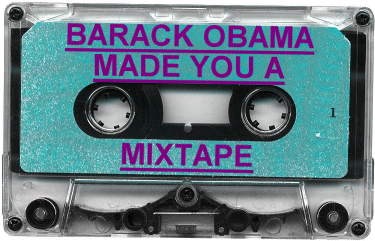 Oh - wait - yes I do: they got it from Barack Obama himself. 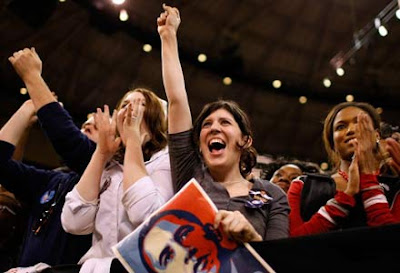 Listen to Barack, as he was speaking to some (completely rational and politically-serious) students, at Dartmouth: 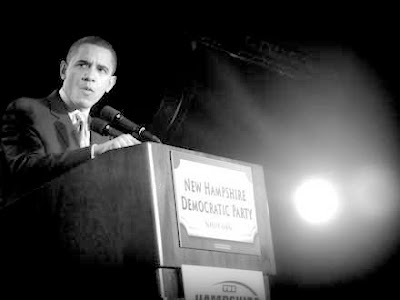 “A light will shine through that window, a beam of light will come down upon you, you will experience an epiphany, and you will suddenly realize that you must go to the polls and vote for Barack.” 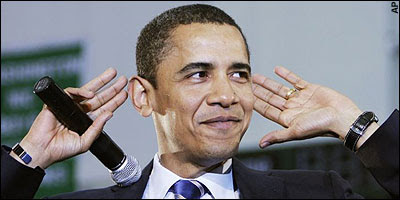 Yea, voting is a whole "new way of being," alright - if you've never voted! (Which I doubt Morford has.) I can see the light!

Why, by that standard, I've been a whole new dude since I was 18, Puddin' Head. Can you hear that? 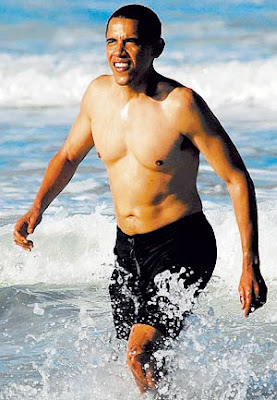 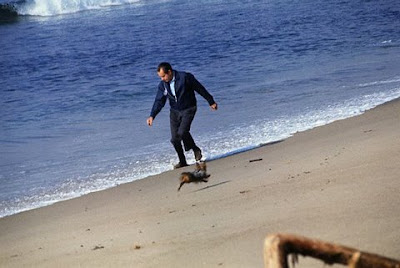 And you people really need to calm down. 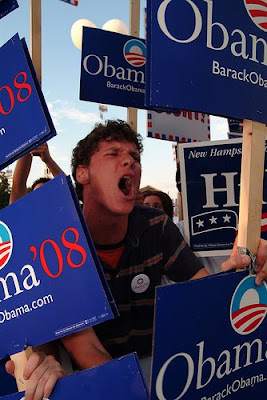 “The change Barack is talking about is hard, so don’t get too excited,..." 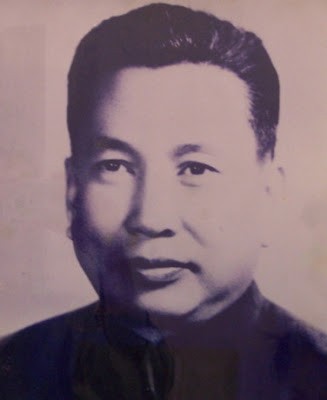 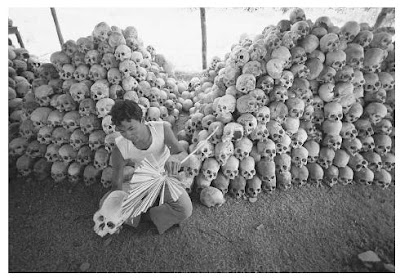 Building a Utopia is "hard"? Come on: we've heard this kind of talk before. Is Michelle Obama saying we could find ourselves (wait: I shouldn't use that kind of language with this crowd:) that we should imagine ourselves (boy, this NewAge code word stuff is what's hard - but I'll try again:) is Michelle Obama saying, if we think about where this non-thinking scenario has led before (!) in no time at all, we could be working in Obama's Collectivist Garden; bashing each other over the head for the crime of knowing how to read, or wearing glasses, or something? No, that can't be her point. But - with this kind of fanaticism - at least, it would be some authentic "change we can believe in!"

A woman named Kim Mack told the Sacramento Bee, "Obama hugged her and whispered something in her ear,...but she was so thrilled she doesn't remember what it was." 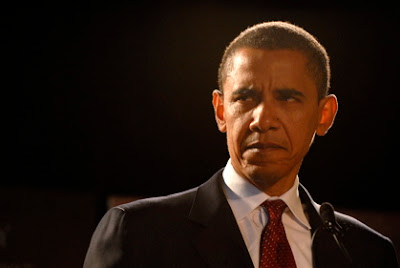 That does seem to be a problem with Barack - at least to everyone that's not a believer - that's for sure.

The National Review noticed that Obama's "messianic language is more New Age than New Testament." And they quoted a bunch of NewAgers on the topic - who, I'm sure, everyone wants to be associated with!

They included an adulterer (Gary Hart) a con man (Deepak Chopra) and one of those silly life coach people (Eve Konstantine) you know: the Democratic Party's "authority figures you can trust." Here's what they said to the National Review: 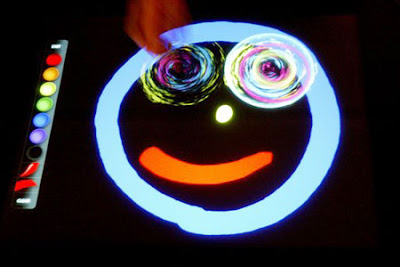 "He is not operating on the same plane as ordinary politicians," says Gary Hart, who describes Obama as "the agent of transformation in an age of revolution, as a figure uniquely qualified to open the door to the 21st century." Deepak Chopra, guru to the rich and gullible, exults that an Obama victory would bring about "a quantum leap in American consciousness," while prominent "leadership coach" Eve Konstantine assures us that the highest expression of the collective American soul has finally materialized: "Barack Obama is our collective representation of our purest hopes, our highest visions and our deepest knowings.... He's our product out of the all-knowing quantum field of intelligence." 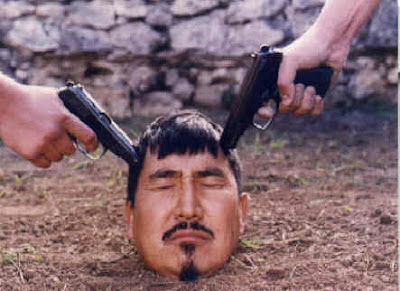 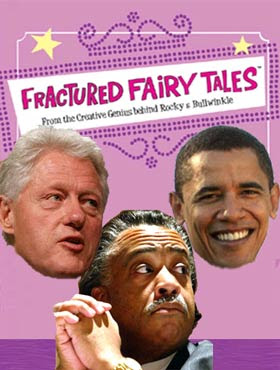 But, I guess, there's always "The Audacity of Hope":

I think you people get far too carried away, with your desire for this kind of thinking, for it to do all of us any good. 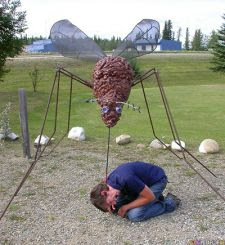 You should probably pick each other up - literally - and go away, so the rest of us might have a chance to sort out a few things. 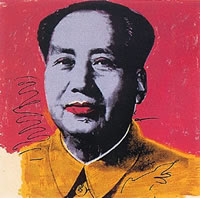 I mean, how can anybody think we can accomplish anything with so many gullible goobers mooning about? Tripping-out on words like "hope," and "belief," when they know they're talking about Oprah Winfrey's politically-connected semi-cult leader, who says things nobody can remember!?! And why shouldn't I think this after you glassy-eyed nutjobs just spent the last 8 years telling me I can't trust any politician? 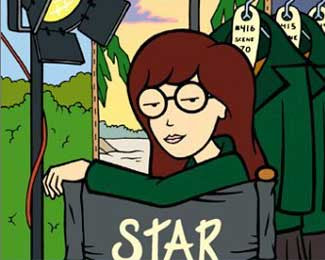 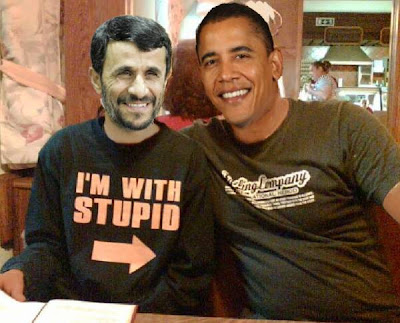 Somebody's confused. But that's nothing new, because confusion is NewAge's secret weapon - and I used to live with the master.

We all know how that turned out, right? Talk about "The Audacity of Hope." 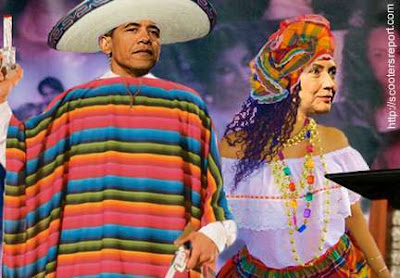 Look - as a way to help - I'm going to make a suggestion to all you believers, so you can see this cult stuff as others see it. I'm going to ask you to rent three really good movies to get some cultish perspective. Don't worry, you'll like 'em, I promise:

Rosemary's Baby. And no, you're not Rosemary. You're not even the baby. Barack is the baby. He's a big black baby.

Grizzly Man. So you can see where the fault lines in belief are (and no, you're not even the bears) and finally:

Songs From The Second Floor. It'll show you how far people will go to avoid reality - in the name of "Saving The Planet" - which seems to be a (major) motivating factor in all this hoopla. I promise you: the planet will be fine without this madness.

So who are you in all this? That's right: believe it or not, it's you who are the one getting out of whack. It's you who's not thinking straight. That's how cultists take control. Always has been. And if you don't think that's possible - with all these people and reports, out of the blue, discussing cultism and Barack Obama - then you're a perfect candidate for it. 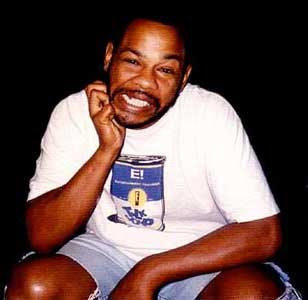 So what am I going to be doing this weekend? 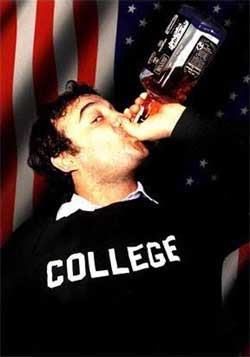 I'm going to take a little time to watch "Dreamgirls," which I never saw, and I'll be thinking, a lot, about a goofy old (dead) friend who used to love The Three Stooges and The Supremes,... 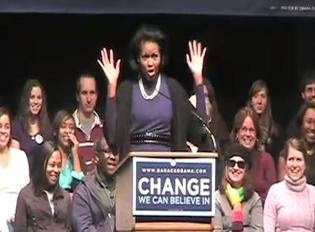 Hopefully, memories like that will be just the thing, to give me some much-needed uplift.