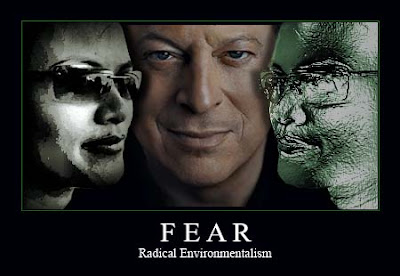 “The environmental movement is not always guided by science.

"After six years as one of five directors of Greenpeace International, I observed that none of my fellow directors had any formal science education. They were either political activists or environmental entrepreneurs. Ultimately, a trend toward abandoning scientific objectivity in favor of political agendas forced me to leave Greenpeace in 1986.

Rachel Carson's 1962 book, "Silent Spring," had a significant impact on many pioneers of the green movement. The book raised concerns, many rooted in science, about the risks and negative environmental impact associated with the overuse of chemicals. But the initial healthy skepticism hardened into a mindset that treats virtually all industrial use of chemicals with suspicion.

Sadly, Greenpeace has evolved into an organization of extremism and politically motivated agendas.”

-- Patrick Moore, Greenpeace founder, in an article for The Wall Street Journal