NewAgers: Nothing To Loser Your Head Over 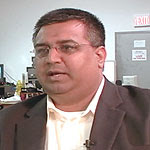 "Just asking, but are beheadings common in western New York? I used to spend a lot of time in that neck of the woods and I don’t remember decapitation as a routine form of murder. Yet the killing of Aasiya Hassan seems to have elicited a very muted response. When poor Mrs Hassan’s husband launched his TV network to counter negative stereotypes of Muslims, he had no difficulty generating column inches. … But, when Muzzammil Hassan kills his wife and ‘the face of Muslim news’ is unveiled rather more literally, detached from her corpse at his TV studios, it’s all he can do to make the local press."

-- Mark Steyn, revealing how our overwhelmingly NewAge press has a NewAge agenda to ignore the most horrible of crimes in order to advance it's spiritually-inclusive NewAge narrative - no matter how bogus that narrative is - in The National Review.