Bailout? How About A Swift Kick To The Groin Instead 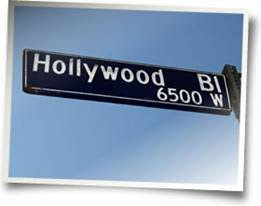 Truth is, these are desperate economic times In Hollywood right now, as anyone who saw the Academy Awards Sunday night can tell you. Sure, we put up a good front - the show must go on, after all - but the signs of belt-tightening and corner-cutting in The Industry are everywhere.

One look at the starving, emaciated bodies of the Best Supporting Actress nominees on TV last night told the story. No wonder Penelope Cruz almost fainted on stage during her acceptance speech. Even our Best Picture winners are being outsourced to India now. And you know times are bad when a big star like Mickey Rourke is forced to buy his clothes in thrift shops and second-hand stores…

Even the highest levels of the entertainment industry have been affected by this crisis. Some studio heads are reportedly down to their last mile or so of beachfront property. There are unconfirmed reports that at Barbra Streisand’s last $50,000 a head Democratic fundraiser some guests were offered non-imported vodka. And industry big shots who once dined on steak and lobster have been reduced to eating raw fish wrapped in seaweed. No, you’re not seeing things– I said raw fish and seaweed!

Let’s say Susan Sarandon is making a movie. She’ll show up on the set or location, probably late, and sit on her lard ass while others do her hair, make-up and clothes and she idles away dreaming up new ways to hate her country.

Meanwhile, a stand-in is working with the crew for lighting and sound checks.

When she’s done being reconstructed, she’ll wander over to the catering table while her personal assistant deflects her phone calls.

Then the big moment; the director summons her, she stands where the stand-in used to be, spouts three or four lines written by someone else and wanders back to the catering table, her three brain cells tightly focused on herself.

Repeat this, on and off, for maybe three months, and after the rest of the crew does the real work of putting the movie together (for a fraction of the pay), you people shovel money at her. Now, because of her underdeveloped mind, she feels entitled, and views you and your country with even more contempt.

And there’s a whole list of names you can substitute for Sarandon.

So while you’re mad at your mortgage company for ripping you off, you at least have a house to show for it. Remember that while you’re gleefully raining money down on a dirt bag celebrity who only jacked you off for ninety minutes.

Get a freakin’ clue people.