Gavin Newsom: A Weasel Is As A Weasel Does 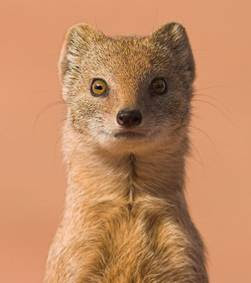 This week, the City Insider spotted an almost empty case of bottled water in the back of Mayor Gavin Newsom's hybrid sport utility vehicle as it was parked in front of City Hall. At least one full bottle of Crystal Geyser Alpine Spring Water remained under the plastic covering.

This from the mayor who in June 2007 issued an executive order directing city government to no longer purchase bottled water, saying the containers clog landfills while the city owns a pristine reservoir in the Sierra Nevada that produces some of the country's best-rated tap water.

Because of that, the mayor generally declines bottled water at any event or meeting, lest he be photographed with an offending bottle.

The mayor occassionally slips, said his spokesman, Nathan Ballard. But in this case, the bottled water belonged to the mayor's security detail and wasn't purchased with city funds, Ballard said.

"The mayor will be the first to admit that he occassionally indulges in bottled water," Ballard said. "It's not something he's proud of."

Yea, it wasn’t his, he was just carrying it for a friend.

We suspect he uses bottled water so he doesn’t leave fingerprints behind after banging the city’s population of wives.