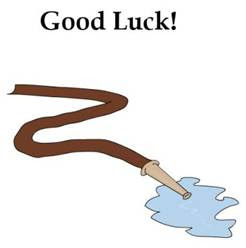 On the heels of the largest spending bill ever in the history of the country, President Obama now has announced he will lay out his plan to cut the deficit in half.

So far the media has concerned itself with how he may go about that, and how confused people are.

We have to think that any minute now somebody on television is going to wake up to this fact:

It’s a slick slight of hand, and nothing more than