One Creep’s As Good As The Next 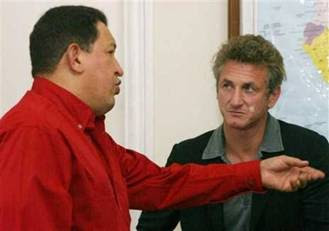 Just because they divorced back in 1989 doesn’t mean there is still bad blood between Sean Penn and Madonna. Following the star-studded Vanity Fair affair after the Oscars on Sunday night, Pop Tarts can reveal that Penn joined his former flame for her exclusive party at manager Guy Oseary’s house in the Hollywood Hills.

Though Penn, still in the throes of his life-long asshole fetish, did say Hugo was a “tighter piece of tail, but I haven’t yet ridden Minge since she started using Poly-Grip”.