Turn On The Light (And The Roaches Scatter) 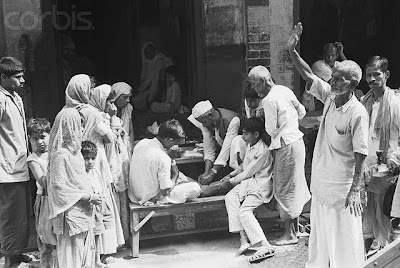 -- The Times Of India, reporting on the response of local "quacks" (their term) to an outbreak of the deadly Hepatitis-B virus* - which has resulted in mass vaccinations - just as would be expected by TMR.

*Funny how the "miracle cure" doesn't work - even amongst believers - when faced with a real crisis. This is why so many homeopaths, and other quacks, deal with individual cancer patients:

Only when a mass outbreak of this kind happens does it become clear this is quackery - people are being deceived for a fee - when real medicine is called for. TMR's solution: