Announcement: TMR Is Boldly Going Where No Atheist Blog Has Gone Before: Christian Radio 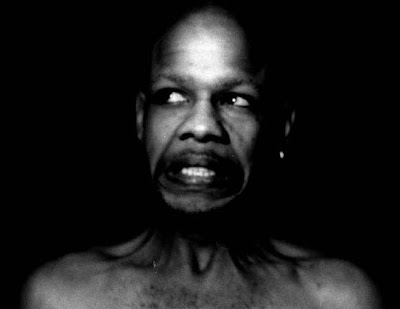 This Tuesday, March 31st, at 5PM Pacific time, The Crack Emcee will be doing a live interview* about TMR and the NewAge Movement on "My Perspective with Constance Cumbey". You can listen in here:

Be sure to bookmark it.

*Constance Cumbey is a well-known Christian Anti-NewAge activist, so we'll be speaking with her about the blog - it's history, perspective, and concerns - but not in the language of the site. Translation:

It'll be our dawg's day out with a leash on - no swearing.

Constance Cumbey is a lawyer and activist Christian author.

She graduated from the Detroit College of Law, now known as the Michigan State University College of Law in 1975 with a Juris Doctor degree. Prior to her graduation she served as a legislative analyst to speaker of the Michigan House of Representatives, William A. Ryan from 1969 to 1970. In 1971 she was selected as one of 24 National Urban Fellows finalists in a national campaign to find promising urban administration talent.

Cumbey began law school in 1972. Prior to that, she served on the Speaker's Staff of the Michigan House of Representatives, holding the title of "Administrative Assistant and Legislative Analyst to the Speaker of the House." She was one of nine members of that staff. While attending law school, she was employed as a consultant to the Governmental Efficiency Subcommittee of the Appropriations Committee for the Michigan State Senate. She was the first Charter appointee as Executive Assistant to the mayor of the City of Highland Park, Michigan from 1970 to 1972.

Cumbey has been a practicing attorney since 1975, has served as a national officer for the National Association of Women Lawyers, and was before writing her books, an active a member of the American Bar Association. Since returning to the active practice of law in the 1980s, she is an active member of the Macomb and Wayne County Bar associations as well as the mandatory State Bar of Michigan affiliation. She was appointed in 2003 to serve a three year term by the president of the State Bar of Michigan, Tom Ryan, to plan future State Bar meetings. She has continuously been re-appointed to the Public Advisory Committee of the State Bar of Michigan since 1978. They rate judicial candidates for Wayne County and statewide for the Michigan Court of Appeals and Michigan Supreme Court.

From 1992 to 2004, she hosted a popular Detroit radio program known as Law Talk on a Christian station. She does frequent national and international radio interviews, i.e., Israel National Radio, on various topics. She currently hosts an internet radio talk show on www.TheMicroEffect.com and is a columnist for www.NewswithViews.com.

Cumbey began a secondary career as a researcher and writer in 1981, to write about the New Age movement. She gave up her law practice for a while to dedicate herself to writing and public speaking to this end. Her books have been translated into German, Norwegian, and Dutch.

Cumbey's work is presently in the process of archival by the University of Michigan's Bentley Historical Library. 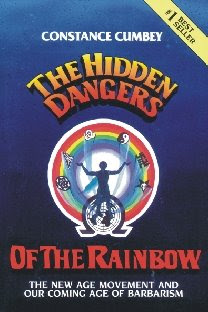 Cumbey's book, The Hidden Dangers of the Rainbow, was one of the earliest writings from a fundamentalist Christian perspective concerning New Age spirituality. Her rejection of New Age spirituality was based on her understanding of Christian teachings regarding the role of Christ as saviour, and of Biblical prophecy. She has also promoted several conspiracy theories in her writings, including the claim that the European Union's foreign policy chief Javier Solana could be the Antichrist.