NOOOOooooooooooo, This Can’t Be: Another Apprentice Bites The Bag 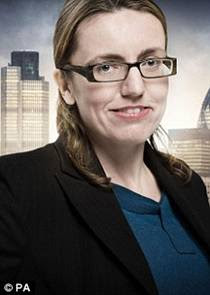 Apprentice candidate Lorraine Tighe has been questioned as part of an £8million fraud investigation.

The 36-year-old single mum, whose describes herself as 'succeeding in life against all the odds', was probed as part of a VAT and tax investigation into her tycoon father construction company.

The accounts manager is said to have kept quiet about the case during the selection process for the BBC show - and could have lost her chance to be Sir Alan's Apprentice if the producers found out.

If you want to read the rest it’s at the Daily Mail - we're taking a break from all this Apprentice foolery.