How come white people see things that other minorities don't see? White folks see all kinds of shit. U.F.O.s, monsters - the Loch Ness Monster, Abominable Snowman, Bigfoot, Squaretoe, Little Pussy - you see all kinds of shit! I want one nigga to see one monster and be on the 6 o' clock news:

"I saw it. I saw the monster! I saw the 'Cornbread Monster'! He had great big ol' Black Eyed Pea eyes! Greens and shit hanging out his back!"

Let us see some shit just once!

And don't mention U.F.O.s, you guys - the white people are shaking their heads, but you know that's the damn truth - you guys see U.F.O.s in your goddamn sleep! And you know everybody relates to it, because white people always talking that shit - you so damn dramatic with the shit - you'll cry at the drop of a hat: 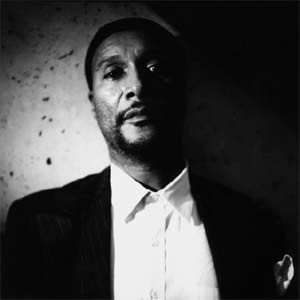 Now when niggas see the shit you cross-examine them:

"What were you niggers doing in the desert?"

"Vacationing? You don't have jobs, how could you be vacationing?"

"We saw something hovering,..."

"It's those big, wide, nigga hats you wear."

"Highway Patrol!!! Get these niggas out of my office! Bring in some more truthful white people!"

See, let some nigga aliens pick up some white folks they won't even talk about it:

""You were missing for three days!"

Let's have that on the cover of the Enquirer: "Nigga Aliens Take White Family Away For Two Weeks - They Brought Them Back Beat Up!"

(White family) "They took us and they brought us back beat up! Those niggers beat us!"

We just don't see the shit y'all see.

It's too funny to me.

-- Paul Mooney, comedian - Richard Pryor's writer and frequent guest on The Dave Chappelle Show - from his 1993 album, "Race", available as an .mp3 on The War Of The Words.