"I'm not a Scientologist, and I couldn't tell you two things about it."

- San Francisco Mayor Gavin Newsom, when questioned about his dating a Scientologist.

"As of yesterday, I hardly knew anything about him."

- Lance Miller, president of Scientology's Way to Happiness Foundation International, on San Francisco mayor Gavin Newsom, who the cult has finally admitted they were "recruiting,...to participate in a campaign to promote L. Ron Hubbard's writings."

Ah yes - just as I've been saying all along. Let's see where we are now regarding America's favorite Cultland On A Hill:

The mayor has dated a member of the cult of Scientology (CoS) but claims to know nothing about the it, though the cult admits they were "recruiting" him. The implication being the Mayor of San Francisco, adopted home of The People's Temple, isn't up-to-speed on cults in The City or his pretty little head can't/doesn't know how to read,....two explanations which are, totally, believable. Except:

He made September 7th, 2007, a holiday for the Dahnhak Yoga cult - but claims he didn't know that group was a cult either - or that they had killed someone. (In a "blissful" manner, I'm sure.) 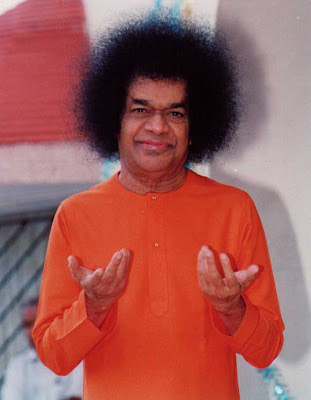 The cult of the peadophile Sai Baba sells their wares all over San Francisco - but, I'm sure, the Mayor knows nothing.

San Francisco's Mayor allows the Falun Gong to do their thing outside City Hall every day, because no one inside can imagine how a group of loopy, paranoid, homophobic, cultists (who have been known to set themselves on fire) might one day become a problem.

There are numerous cults working freely within the city. So many that, during a conversation about the Falun Gong, Thom Lynch of the LGBT Community Center once said, "How do we get into Chinese cults when we have so many cults here we are not addressing?" The rest of The City claims not to know what in the world he's talking about. Or what a swastika is. And the name "Mickey Mouse" escapes them as well.

San Francisco put Jim Jones, The People's Temple cult leader who murdered 900 people, in charge of it's Housing Authority. They claimed they didn't know what was going on. It's safe to assume he didn't either.

Like Ron Dellums (above) the Mayor of Oakland who endorsed Your Black Muslim Bakery until they killed a reporter covering their story, San Francisco's most popular politicians - including former-San Francisco Mayors Willie Brown and George Moscone - all endorsed The People's Temple cult and went on to glorious political careers. The public feigns ignorance, claiming that until Mayor Dellums stretches out his arm and flattens his palm, they don't know how to respond.

Well - I guess we'll just have to wait and see - because, Baby, this is getting GOOD!

We've got one very-good (and very-dead) reporter - now, who's going to be next?