Well, it's been over 12 hours, and still no articles on "overflowing landfills". Funny how that can happen, considering it's (apparently) such an overwhelming problem that many in the Bay Area feel the need to force guests in their homes to kowtow to their demands on behalf of the supposedly imperiled environment. Since I've never asked people to do such things (I even have ashtrays for smokers) I don't know how "good" that feels.

San Francisco's mayor says The City's doing "good". I know because I read it in today's paper, while watching two crack heads smoke rock on Market Street, about five feet away from a cop. No mention if Alex Tourk's family is doing any better after the mayor slept with his wife. But nobody in this "city of compassion" cares about Alex Tourk anyway. Loser. He doesn't even have "good" hair.

When asked Your Take On The State Of The City?, Matt Mitguard said:

"San Francisco demonstrates that indeed the path to hell is paved with good intentions."

I couldn't agree more. That's why I'm working so hard to be such a uniquely mean-spirited asshole. Being as "good" as others seems to be working out as, um, problematic. 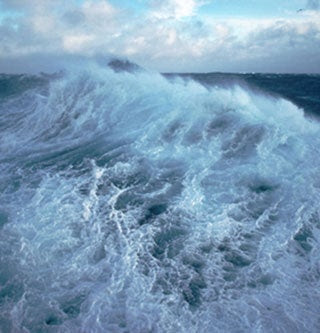 Lots of stuff in the paper today, including a huge mass of plastic in the ocean outside of San Francisco. (There's talk of putting it in our "overfilled landfills", don't you know,...) It's probably from all those Bay Area residents who drank bottled water to "protect their health". This, of course, was before they discovered they were drinking tap water all along. Bottled water's extra bacteria just tasted so "good", didn't it?

Paul Addis, the guy who set the Burning Man on fire early, tried to damage Grace Cathedral according to police, claiming "it was his religious right." Funny how bad things happen with religion or spirituality associated, isn't it? (They're supposed to be so "good".) Must be something about that "new paradigm" I keep hearing about,...

And for all the yoga people (and other cultists) in the Bay Area, there's the heartwarming story of clothes from The Gap being made by child labor in that most "spiritual" of places, India. Yes, indeed.

I once delivered a package to the home of Don Fisher, owner of The Gap (Message to "Anonymous": That would be called "a job") and, upon entering the huge entrance gates, was struck by the sight of a gigantic gold pyramid on his front lawn. Very "Eastern" you might say. Then I was struck by the sight of all the mexican workers tending the lawn, and the pool, etc. And, finally, by the maid, who was black as night, dressed just like "Hazel" on the old black and white TV show. Needless to say, it didn't look like any Gap ad I had ever seen before. Anyway, I loved this quote from one of the freed kids, after laboring for Bay Area clothes horses without being paid:

"I don't want my money anymore. Now I want to go home."

Sounds to me like that kid is finally "enlightened" - and that, my friends, is truly good.

Don't get pushed around - and don't let anyone else have it happen either - these idiots are taking over everywhere, but they can't do shit about: