The Right Gets It: The Cult Of Global Warming

"The Church of Global Warming (CGW) is a cult. A cult has a number of definitions, among them this one from dictionary.com: "A religion or sect considered to be false, unorthodox, or extremist, with members often living outside of conventional society under the direction of a charismatic leader." Cults wish to control others. Global warming fundamentalists wish to do the same through the power of government.

CGW members would reject cult status -- which all cult members do -- and Al Gore has never been accused of displaying charisma. But the CGW confers charismatic status on him because he tells them what they want to hear: salvation is available through the reduction of one's carbon footprint,...Cultists never allow contrary evidence to challenge their beliefs. Last week, a British judge found nine scientific errors in Gore's film "An Inconvenient Truth" and ordered British schools to mention them and to teach the other side of global warming,...Despite evidence from NASA and other scientific sources, which rebut Gore's claims of pending climate disaster, CGW members have the kind of blind faith displayed at a Benny Hinn healing service." 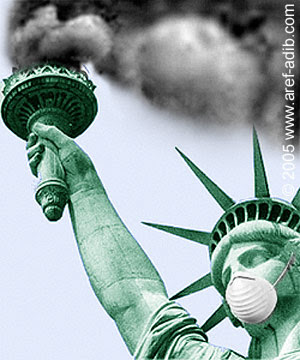 "Like the panics of bygone eras, this one has the aspect of yet another re-enactment of the Big Con. The huckster arrives in town, tells all the rubes that disaster impends for them and their families, but says there may be one last chance they can be saved. But it will take a lot of money. And the folks should go about collecting it, right now."