The French Are Homely Liars Who Think It's "Sophisticated" To Live In A World Of Hypocrisy Just To Get Laid (But, Then, The Ugly Have To) 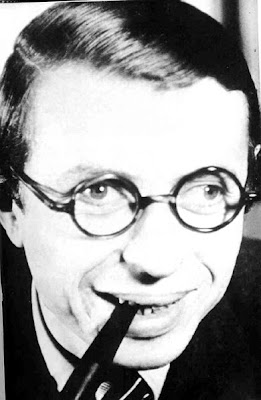 "He was one of the most brilliant minds. She was his lifelong companion who pioneered feminism.

Jean-Paul Sartre and Simone de Beauvoir were perhaps the most influential couple of the 20th century.

Their influence continues to this day - often with disastrous consequences. 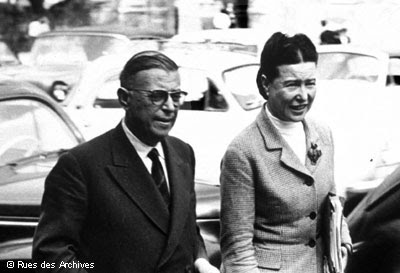 A fascinating new book paints this supposedly high-minded duo as serial seducers bent on their own gratification and as a couple who used their apparently lofty philosophy as a springboard to excuse their multiple liaisons, often with under-age teenagers who were broken by the experience.

And while Simone de Beauvoir preached her ideal of feminist independence and equality, eschewing such 'bourgeois' concepts as marriage and children, and claiming women should behave just like men, the truth is such a lifestyle made her bitterly unhappy and she became obsessively jealous over Sartre's countless conquests. 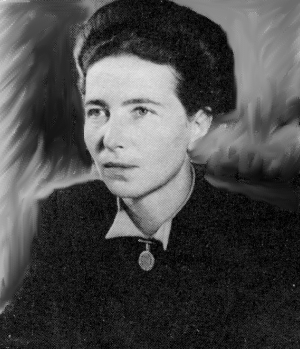 Despite her high-flown rhetoric, it was only for revenge and out of frustration that she embarked on affairs, always secretly hoping they would provoke Sartre to return to her.

And, astonishingly, it was her craven desire to please him that led de Beauvoir to groom young female lovers for Sartre, commonly girls she had bedded herself."

-- From a review of A Dangerous Liaison by Carole Seymour-Jones, in The Daily Mail
Posted by The Crack Emcee at 6:01 PM