New Tennis Shoes, A Little Religion, And Big Ol' Fish Sandwiches (They'll Get You Every Time) 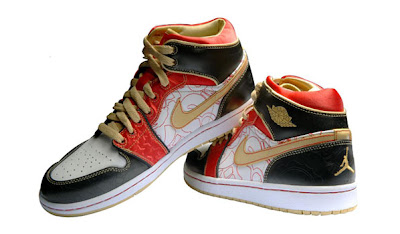 "You want us to sacrifice, I'm like, man, we got holes in our shoes," Broussard shot back. "You got (Nike Air) Jordans on your feet, man, you ain't sacrificing that hard like us."

Broussard often laughed at such talk - he was coming to view the bakery as a "little cult." Yet he also saw that it did good work - people indeed got jobs and shelter and were getting off drugs.

"Besides the people that was hurt in the process," he said, "a lot of people was helped."

Still, he told the prosecutor, he knew Bey was playing a game.

"His con was that bakery," Broussard said. "He get you to believe what they believing in. ... That's brainwashing."

He concluded, "I knew his kind, though, and I still was brainwashed. I still fell for a trap that I knew - well, I knew where the trap was."

-- Jaxon Van Derbeken, giving us the latest addition to the Your Black Muslim Bakery cult story - and the most clear statement yet of it's cultism from Devaughndre Broussard - in the San Francisco Chronicle.