Man - For A Messiah - You Sure Picked An Idiot 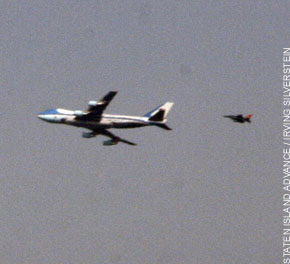 "First thing is I'm annoyed - furious is a better word - that I wasn't told. Why the Defense Department wanted to do a photo op right around the site of the World Trade Center catastrophe defies imagination. Poor judgment would be a nice ways to phrase. Had I known about it I would have called them right away and asked them not to. The good news is it was nothing more than an ill considered, badly conceived, insensitive photo op - with the taxpayers' money."