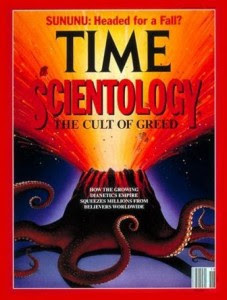 "Hubbard literally had a plan for world conquest. He actually, literally wanted to take over the world. But he had to put it into other terms. And the term he came up with was to ‘clear the planet.’ And this sounds like a very beneficent action – we’re going to clear the planet – which means rid it of its problems. But really it was more of a case like, like a Hitler that he wants to rid the planet of vermin. And the vermin are the people that are stopping him. And these were basically the enemies of Scientology."