Meanwhile, They're All Turning Blue In The Face From Repeatedly Claiming To Want An "Honest Dialogue" With Everyone Who Opposes Them 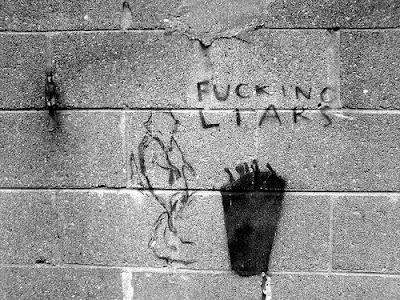 "Why is it okay for Obama to oppose gay marriage, but not okay for Miss California to?

'I didn’t hear the outrage when Joe Biden said that he and Barack Obama are against gay marriage. No incendiary language, no insults, no four letter obscenities.'

-- Glenn Reynolds, pointing out the Left's mutual (and multiple) wink-and-a-nod clusterfuck of deceptions at work, on Instapundit.

Honesty, trust, leadership - you name it - The Democratic Party's got it all!!!