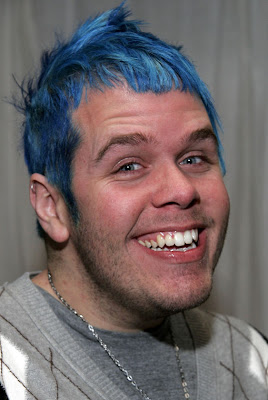 It seems celebrity blogger Perez Hilton has learned a thing or two,...Everyone who owns a computer or television set know how he insulted Carrie Prejean, Miss California, calling her response “awful,” “the worst in pageant history” when, during the final round of this year’s Miss USA pageant, she said she believed “marriage should be between a man and a woman.”  Incidentally, she holds the same position on marriage as does the President of the United States.

Shouldn’t he then call the Democrat’s stand an “awful” position?

Of course not. That (D) after Obama’s name renders him immune from criticism for taking the same stands which might earn a tongue-slapping for a Republican (or Republican-appearing pageant contestant).

From Jehuda on the Rhetorican, we learn that “Perez Hilton is giving Obama a pass for his anti-gay marriage stance.“ On CNN’s April 26 “Reliable Sources,” while justifying his insults “just part of the vernacular he uses on his Web site,” Hilton tried to explain away Obama’s opposition to same-sex marriage because the Democrat, he claims, “believes gay and lesbian couples should have the same rights that heterosexual couples [have].”  Actually, he doesn’t.  The President believes we should have “equivalent rights.”

While Hilton is outraged that Miss Prejean tells him (as he puts it) that he’s “a second-class citizen” who doesn’t “deserve the same rights that heterosexuals get,” he rewrites Obama’s rhetoric so he doesn’t have to criticize the Democratic President.  She, he believed, spewed “hate” while Obama gets a pass for saying nearly the exact same thing she has.

-- Gay Patriot West, going for a threefer - Obama, The Democratic Party, and Perez Hilton - which is the job of a Gay Patriot.