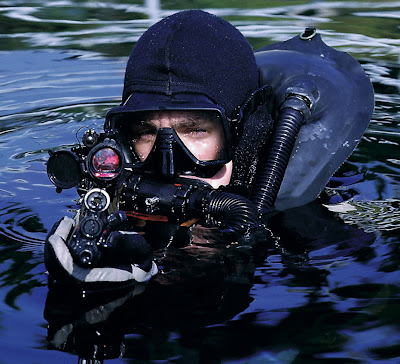 "Three dead pirates do not a military campaign or strategy or doctrine make, and Obama despite the tough talk has yet to demonstrate that he is willing to hunt pirates down. In fact, news reports indicate the dithering has already begun. Never mind that. I just want to say I’m thrilled with the handwringing, Kumbayah-singing, peacenik left’s new enthusiasm for swift, extra-judicial 7.62 justice by executive order, and the lack of calls for human rights investigations, prosecutions,  etc.

Full speed ahead! They have not yet begun to fight, but we might be getting somewhere. I suppose someone somewhere must be squawking about how Obama is just making new pirates, why pirates hate us, pirates’ constitutional right to habeas blah blah blah. But if all the people now holding our world hostage can by lefty standards be subjected to summary execution, Obama’s national security staff needs to start working up a hit list. Let’s hear it for all newly bloodthirsty lefties, me hearties, urging Obama on in righteous swashbuckling battle!"