Cold Getting Stupid (Or Finally Wizening Up) 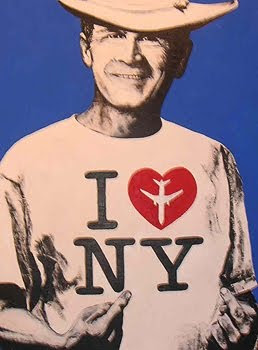 "A Public Policy poll lists that an astounding 44 percent of those interviewed said they would now prefer George W. Bush to President Obama. Bush's post-9/11 security protocols kept us safe, Iraq will probably work, and his regrettable deficits and big spending proposals like No Child Left Behind and the prescription-drug benefit, in comparison to the ongoing $1.7 trillion deficts and the $9 trillion more slated to come in the next few years, make Bush seem almost fiscally sound."

-- Victor Davis Hanson, proving we can witness the impossible - without any form of mysticism involved - way out here in the real world, according to The National Review.

Hat Tip for the video: Althouse