Oh Yea, Ladies And Gentlemen: This Is Science! 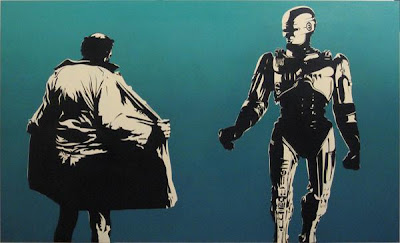 "As I was examining the vap database, I noticed there was a ‘wet’ database. Could I not use that to assist with rd0 generation? well.. it’s not documented, but then, none of the process is so I might as well bluff my way into it!

The expected 1990-2003 period is MISSING – so the correlations aren’t so hot! Yet the WMO codes and station names /locations are identical (or close). What the hell is supposed to happen here? Oh yeah – there is no ’supposed’, I can make it up. So I have.

You can’t imagine what this has cost me – to actually allow the operator to assign false WMO codes!! But what else is there in such situations? Especially when dealing with a ‘Master’ database of dubious provenance (which, er, they all are and always will be).

This still meant an awful lot of encounters with naughty Master stations, when really I suspect nobody else gives a hoot about. So with a somewhat cynical shrug, I added the nuclear option – to match every WMO possible, and turn the rest into new stations (er, CLIMAT excepted). In other words, what CRU usually do. It will allow bad databases to pass unnoticed, and good databases to become bad, but I really don’t think people care enough to fix ‘em, and it’s the main reason the project is nearly a year late.

We can have a proper result, but only by including a load of garbage!"

-- Ian “Harry” Harris, a researcher at the University of East Anglia’s CRU (Climatic Research Unit) with some of my favorite comments from the now-infamous "HARRY_READ_ME.txt" file - which is even more damning than the famous "ClimateGate" e-mails everyone's been talking about - and which you really ought to get to, before the world ends, and there's no more Pajamas Media.