This Future Was Foretold 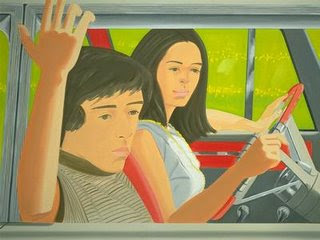 "A cult fortune teller is expected to appear before a federal judge Thursday on charges she organized a carjacking that mistakenly targeted a federal agent.

Claudia Cecilia Gomez Aguilar and six others allegedly held up and shot at a U.S. Border Patrol agent in June, believing him to be a woman carrying a load of drug money sent from Michigan.

Shortly after her arrest, Gomez told police that she hatched the plan after learning of [the] cash shipment during a reading with the load’s driver, according to court documents filed in her case."

-- Jeremy Roebuck, making my NewAge day - which ain't that hard - with another heart-warming tale of staggering genius, in The Monitor.