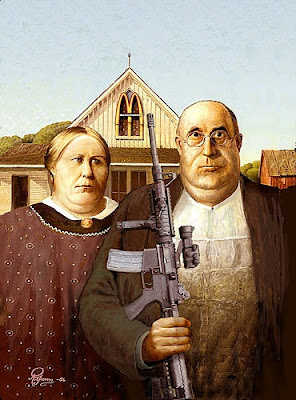 I left Michigan and I moved to Texas, where they don’t rape and pillage my paycheck. And where I can keep a machine gun in the front seat of my vehicle. Mess with me and I will fill you full of lead and then dance on your remains and keep the shit from your carcass in the cleats of my boots while I feed my dog your remains. You can feel the love, can’t you?

Trespass on my property and I will kill you. Now, that may seem harsh, but that’s tough shit. Because ­ guess what ­ nobody’s getting killed, and nobody’s trespassing. It’s working perfectly.

I am always right and I am addicted to logic. Jann Wenner won’t do a story on my sold-out tour this year because I’m on the board of directors at the NRA. Jann Wenner should die."

-- Ted Nugent, talking a whole lot of shit - giving up the straight poop - before the Royal Flush.