I Have Seen The Enemy (And It's Us) 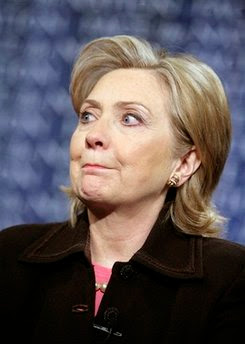 "It is easy to mock the thousands of activists, officials and ministers flying to Copenhagen in their jets, driving around in an immense fleet of limousines, and collectively emitting more carbon dioxide than a small African country—all to force the rest of us to reduce our carbon footprints. But it is one thing to accuse them of hypocrisy in not living out their beliefs. Casting doubt on their belief that global warming poses an imminent threat to life on this planet is another. 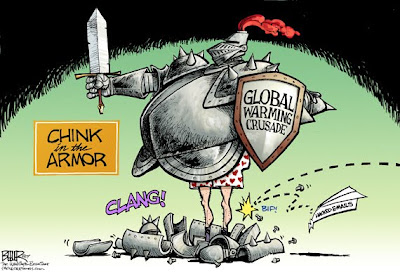 To question so much scientific expertise and governmental authority seems arrogant or foolhardy—even in the city where Hans Christian Anderson wrote about the little boy who blurted out that the Emperor had no clothes. 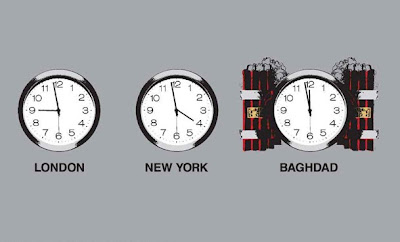 Can so many experts be wrong? Well, it is worth remembering that the experts were supposedly united about the apocalyptic dangers of the Y2K millennium bug. Half the world was persuaded to spend an estimated $600 billion to save us from disasters that embarrassingly failed to materialize in the countries and companies that omitted to take any pre-emptive action. Then intelligence agencies around the world were allegedly so convinced that Saddam Hussein had weapons of mass destruction that we went to war, only to find—zilch. In both cases there was a solid foundation of truth on which enthusiastic professionals and governments constructed an exaggerated scare story that the media lapped up. I was skeptical enough to delve into both those scares and rapidly found the experts were not as unanimous as supposed. But the dissenters were persuaded to keep quiet, bar a handful who were ruthlessly stereotyped as mavericks or worse.

In each case the driving force was 'groupthink.' Irving Janis defined this as 'a mode of thinking that people engage in when they are deeply involved in a cohesive in-group, when the members' strivings for unanimity override their motivation to realistically appraise alternative courses of action.' The symptoms include: 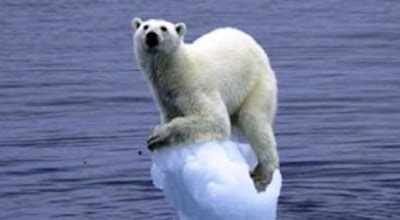 'Unquestioned belief in the morality of the group; Stereotyping those who are opposed to the group as evil, biased, etc.; Direct pressure to conform placed on any member who questions the group; Self-censorship of ideas that deviate from the apparent group consensus; Illusions of unanimity among group members, silence is viewed as agreement.' Campaigners against climate change show remarkably similar symptoms."

-- Peter Lilley, putting the world's delusional political class up against the wall, with no last requests or even the offer of a cigarette, because they're guilty, guilty, guilty of using cultish thinking - in an attempt to snooker us all - including The Wall Street Journal.