Taking Us To The Cleaners (Going To Church) 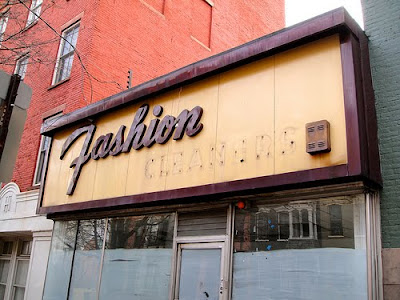 "Going to church this Sunday? Look around.

The chances are that one in five of the people there find 'spiritual energy' in mountains or trees, and one in six believe in the 'evil eye,' that certain people can cast curses with a look — beliefs your Christian pastor doesn't preach.

In a Catholic church? Chances are that one in five members believe in reincarnation in a way never taught in catechism class — that you'll be reborn in this world again and again.

Elements of Eastern faiths and New Age thinking have been widely adopted by 65% of U.S. adults, including many who call themselves Protestants and Catholics, according to a survey by the Pew Forum on Religion & Public Life released Wednesday."

-- Cathy Lynn Grossman, with the very-late (and, thus, unsurprising) news there's a lot of cultists working the churches nowadays - spiritual subversives who regularly deceive the believers in the pews - pushing Americans toward acting against traditional male roles, or global warming, or for putting women and gays in charge, or a money-grubbing "prosperity gospel", etc., without revealing their deceitful actions, roles, or motivations, towards the spiritual life of the USA Today.