Why We Hate - Yes: HATE - Berkeley 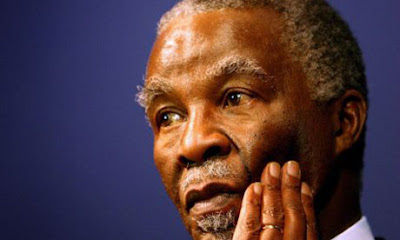 "The Aids policies of the former South African president Thabo Mbeki's government were directly responsible for the avoidable deaths of more than a third of a million people in the country, according to research by Harvard university.

...From the late 1990s Mbeki turned his back on the scientific consensus that Aids was caused by a viral infection that could be fought – though not cured – by sophisticated and expensive medical drugs. He came under the influence of a group of maverick scientists known as Aids denialists, most prominent among whom was Peter Duesberg from Berkeley, California."

-- Sarah Boseley, with an ugly opening to a story that just got uglier as we read it, in The Guardian.UK.