I'll See Your Weird (And Raise You A Mormon Weird-O) 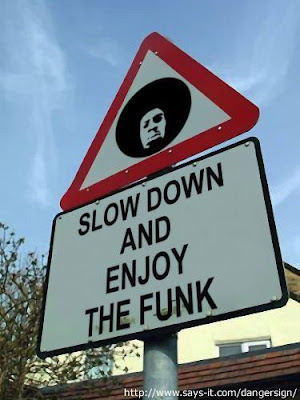 Man, I hate days like today - when I'm having too hard a time tearing myself from the internet to do anything else - and then, just at the moment when I get the discipline to say, "O.K., Crack, come on, put your ass in gear!" I make one more stop by fucking Instapundit and read this shit by Sarah Hoyt:


We’ve spoken before about how awesome medieval bestiary lore is, but I fear I’ve given the impression that it’s all self-castrating beavers and Christ-signification. It is both of those things, of course, but there’s so much more!  Yes, I know this is a Valentine’s post.  So, save it for Valentine’s next year.  It’s medieval!  It’s not like it will go out of style!  (Yes, my name is Sarah A. Hoyt, and I read weird stuff.) 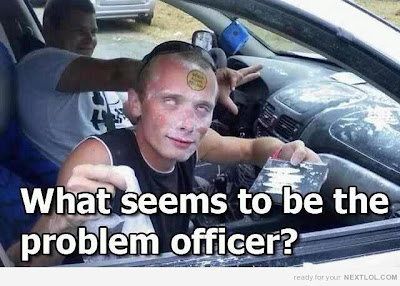 Really? REALLY? That's your idea of weird, Sarah? I swear, I've got to hand it to Glenn Reynolds:

He's the only blogger who can go on vacation and find replacements as lame as he is. 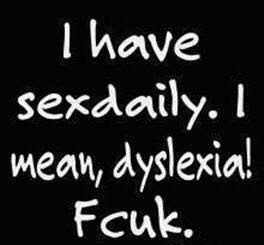 Oh well, never fear, Crack is here - I won't let you guys down. Hey, Sarah, you want to see weird?


Check this shit out: 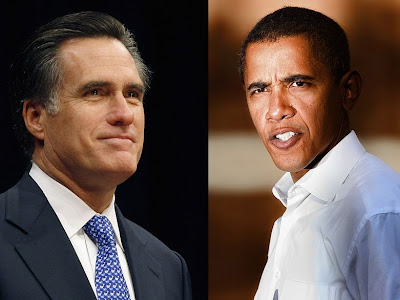 These are our two choices in the next presidential election, Republican nominee Mitt Romney and President Barack Obama. 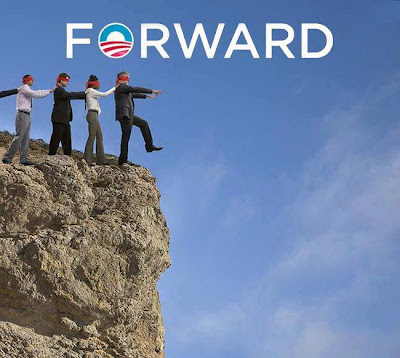 Now we know Obama's a loser who can't handle money (He's half-black, right? He's probably got a 300 lb. white girl paying half his bills.) But what could be wrong with Mitt? Mitt! Everybody loves Mitt. What could be weird about him?


Well, O.K. - except that - what could be weird about Mitt Romney? It seems, according to "knowledgable sources," Mitt's got secrets:


The biggest secrets involve the special lengthy rituals (the Mormons call them "ordinances") that take place outside of public view in the Mormon temples. The most important of these rituals is called the "endowment" - lasting several hours and taking the Mormon through symbolic washings and anointings (in my day they were actual washings and anointings on the entire naked body), then clothing the Mormon in special clothing and robes (including the notorious "magic underwear," which Mormons call "the garment"). The Mormon then watches and participates in long dramatizations of key events in the coming of the gospel, beginning with the creation of the world, showing Adam's fall, the coming of the Christian gospel (but not the crucifixion and resurrection), and ultimately the Mormon's being admitted into heaven, represented by "passing through the veil (of the temple)." When Romney and I first went through this ceremony, it was a ritualized dramatization with live temple personnel. Nowadays it's a movie. Yes, the most sacred worship service in Mormonism involves watching a movie. 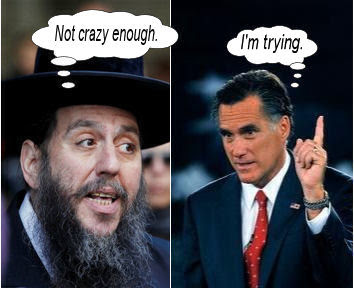 Before 1990, when Romney and I first went through this ceremony, we were taught that each of the first three signs and tokens also had a "penalty" associated with each one, and we had to mime various ways of taking life to represent the penalty to us if we were to reveal the secret signs and tokens: slitting one's own throat, ripping open one's chest, disemboweling oneself. Yes, folks, this was part of the most sacred ritual in Mormonism: pantomiming your own bloody death. 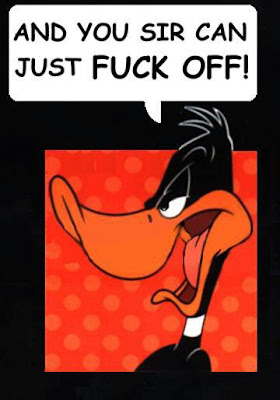 Are we getting weird yet? I wouldn't do that. Can you picture Romney in the White House, doing it in front of George Washington's portrait? I don't know about you, but I can:


During the endowment, Mormons are required to take secret oaths that they will obey various "laws." The "law of obedience" requires them to obey "the law of God and keep his commandments." They don't specify what the "law of God" is, but Mormons understand that the Mormon church is the only true source of God's law and commandments. So they are taking an oath to obey their church.

The "law of sacrifice" requires them to "covenant to sacrifice all that we possess, even our own lives if necessary, in sustaining and defending the Kingdom of God." Mormons understand "the kingdom of God" to be the Mormon church.

The "law of the gospel" is accompanied by a charge to avoid "evil speaking of the Lord's anointed [church leaders]" as well as avoiding "light-mindedness, loud laughter, taking the Lord's name in vain" and every "unholy and impure practice" (not specified).

The "law of chastity" is to abstain from sexual relations except with one's lawful spouse. That one does make sense. That's one of the Ten Commandments, after all.

The last law is the "law of consecration." It requires the Mormons to

...consecrate yourselves, your time, talents, and everything with which the Lord has blessed you, or with which he may bless you, to the Church of Jesus Christ of Latter-day Saints, for the building up of the Kingdom of God on the earth and for the establishment of Zion. 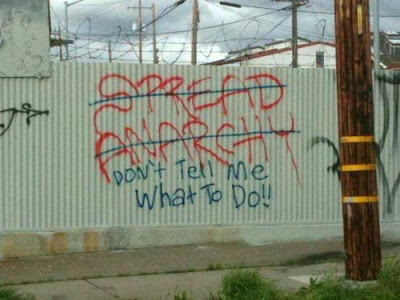 This isn't exactly weird, but it is confusing, so we might need a little 'splaining, as Ricky Ricardo used to say:


The "Kingdom of God on the earth" and "Zion" mean, to Mormons, not just their church, but ultimately the theocracy that will replace the non-religious civil government. They believe, of course, that Christ will come to run this government, using faithful Mormons as administrators. 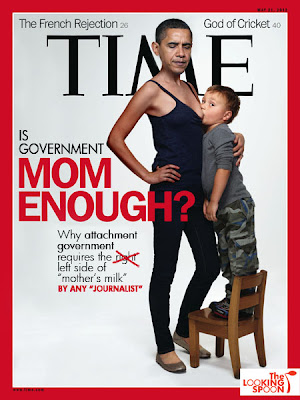 Now, Folks, let's be clear - Jesus can't find a better administrator than The President Of The United States. I'm not generally a gambling man, but willing to put good money on that. And if "the theocracy that will replace the non-religious civil government" is Jesus' goal (and come on, who are we to doubt it isn't?) then by golly, Mitt Romney has to be his man. Or is he?


The pressing question for Mitt Romney, and for the Mormons who are supporting his candidacy, is: Would Romney consider the Presidency to be something that God had "blessed" him with, and which, pursuant to his secret oath, he should "consecrate" to his church for establishing a theocracy? If he is elected, will he kneel down and thank his God for blessing him with the presidency? And what is he supposed to do, according to his secret oath, with "everything" God has blessed him with? That's right: he is to use it for the benefit of the Mormon church. 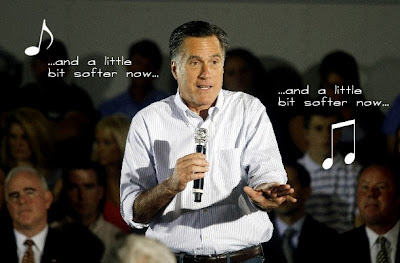 
Oh, yes, it does! Remember California's Proposition 8? The Mormon church pulled out all the stops to pass that proposition, which would forbid same-sex marriage, and it called upon all Mormons to cough up and donate, even those who were not California voters. Those who were hesitant to do so (often the amounts demanded were thousands of dollars per family) were simply and subtly reminded of their "temple covenants." And they all understood that the church was calling in the chits on the oaths to obey, to sacrifice, and to consecrate whatever the church demanded of them. 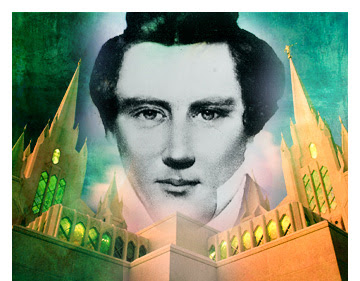 Ooooh, that's not good. Mitt is dedicated to the conman, Joseph Smith. He's made that clear. But he's also made it just as clear he won't be taking orders from Smith's church, right? Problem solved:


How would a President who was also a good Mormon obey those secret oaths? It wouldn't even take a phone call from church headquarters to the White House. Mitt, being a well-trained Mormon, knows "in his heart" what God would want (which is the same thing that the church wants, of course) and doesn't need to be told. That's the way it works already in the only American theocracy in existence today (Utah). The Mormon politicians who run that state - the judiciary, the legislature, the executive branch - don't have to ask church leaders for direction. They know what they should do, without asking specifically (usually). 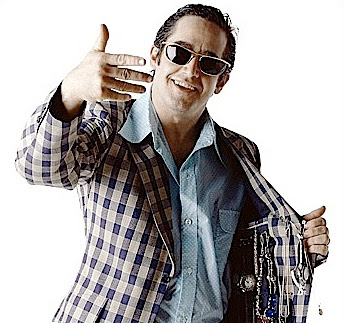 Curses! Foiled again! (These shyster religious cults think of everything.) So now we're definitely in some weird territory, considering nobody can mention this shit without Glenn Reynolds screaming "Bigotry!" at the top of his lungs (Which is why, I think, he needs a vacation,….) So what can the average American - as opposed to an elitist professor with a fetish for yelling - actually do?


The question for American voters is: knowing that Romney has taken this secret oath, that he is a faithful Mormon, do you want him to answer the question "Would you feel bound by your sacred oath to obey the law of consecration that you made in the endowment ceremony?" So there you go. It's going to be weirder than anything Sarah Fucking Hoyt's ever written about, but it's the only way. I say, "go for it": 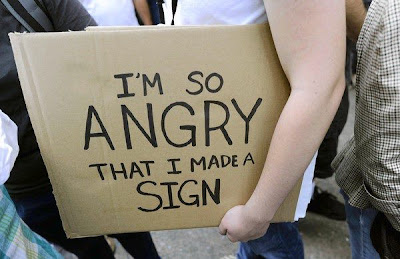 Nobody's ever going to take your blog away,…