It's so weird, like we've never left The Dark Ages:

A man who impersonated his dead mother was sentenced to prison for fraud, but the Mormon "church" is filled with people impersonating "prophets" who do all sorts of bizarre things, and they're respected members of society.

Or how about people who claim to talk to the dead? We know better, but Sylvia Browne and the like are walking around free. Psychics? Homeopaths, pretending to be doctors and ripping off the public? 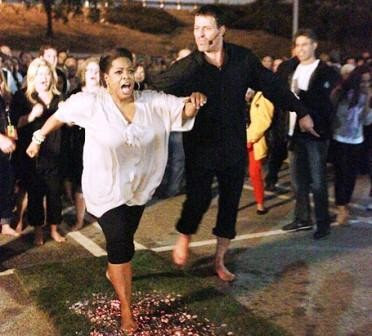 And why are San Francisco cops looking for crooks who targeted superstitious Asian women while Oprah, who's been "heavily promoting the work of New Age gurus Eckhart Tolle and Marianne Williamson," gets called "the moral force of the nation"?

Aren't the crooks and Oprah doing the same thing, but to different audiences?