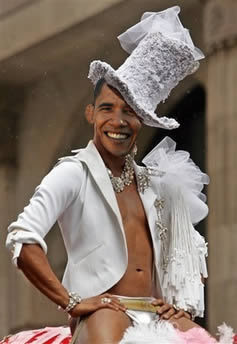 The Crack Emcee's second monologue/rant, "Get Your Story Straight," is a more confident affair, despite the occasional brain fart (Frederick Douglass called the Republican Party "the ark of the black man's safety," not slavery) and covers President Obama's endorsement of gay marriage, cults in America, the history of (and difference between) America's two political parties - and why Crack chose the one he did. And of course, there are digressions into the influence of NewAge thinking on American culture (including an explanation of why Whole Foods Market is evil) and a featured musical selection by the late Frank Zappa.


Supporting Pop-up Links To Read As You Listen:


Everybody Into The Pool TMR


Obama: Yeah, we’ve been fibbing about my position on same-sex marriage for a while now, or something Hot Air


Hay Is For Horses: Reading Between The (Circular) Lines (Of Reasoning) On Louise Hay TMR

Email ThisBlogThis!Share to TwitterShare to FacebookShare to Pinterest
Labels: podcast