Grab A Red Nose (You Deserve Each Other,...) 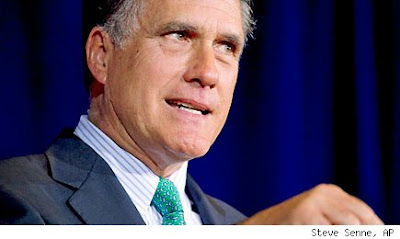 Everyone who knows, knows, and those who don't, don't want to:

When it comes to American exceptionalism, Mitt Romney is going all in.

His book “No Apology: The Case for American Greatness” is a love song to the idea that this country merits “the protection of Providence” and has a singular “calling” to be a beacon for freedom. A major theme for him on the campaign trail is the nation’s divine destiny, a heritage Romney said has made him “stand a little taller, a little straighter” when overseas.

But what Romney doesn’t say is that, for followers of his made-in-America religion, Mormonism, exceptionalism isn’t political metaphor. It’s theology. The faith’s sacred text, the Book of Mormon, describes the United States as “a land of promise . . . a land which is choice above all other lands.” It describes Jesus coming down from heaven, to America, and teaching to people there. Joseph Smith, Mormonism’s founder and prophet, quotes God as saying that he established the U.S. Constitution. Mormons’ Garden of Eden is in Missouri. Their version of the hajj begins in Upstate New York and ends in Illinois.

Other post-Reagan candidates may passionately preach beliefs like Romney’s, but he’s the only one who can say American exceptionalism is his religion. 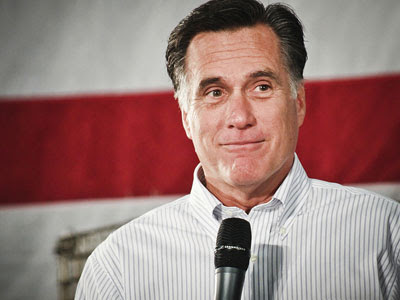 If we had picked anyone but this clown, we could've stopped worrying by now.

What's sad is I can already hear you clowns thinking, "What, me worry?"