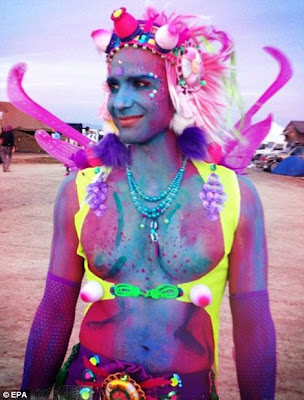 Alright, I've spent a little too much time on the Althouse blog today - it's getting a little snippy over there - while devoting time to my own thing should be my top priority, right right? I've also got a new job, with long hours, so it's been tough:


Mostly because I think we still need something to file next to Grizzly Man, I've got this 3/4 high thumbs-up DVD recommendation for Ariel Schulman and Henry Joost's documentary, Catfish, that - though nowhere as grand as Werner Herzog's masterpiece - is as close to the same delusional ballpark as I've seen. Catfish even includes something new:


A madness intervention - what's not to love?


I'm enjoying the current rash of cult-specific movies, but the films on straight-up, crazy individuals are few and far between, when (with, maybe, the possible exception of Kevin MacDonald's One Day In September) they're where the real meat and potatoes are so far. Watching individuals trip-ping.


I wonder if Kevin MacDonald's Marley should be put in the "cult" or plain ol' "crazy" category?