Your Day Will Come (Starting On The 1st Of Nevruary,...)

So, looking at the news, if anyone else wants to try and suggest I'm wrong in seeing what I see out there, I say they're welcome to come hang around awhile and it'll be they who will be proven wrong:


Somewhere in the recent past (say, about the time "Dreams From My Father" was published), liberals decided reality wasn't really their thing."

No, what's been happening may not be immediately apparent to the multitudes of less observant types, but eventually, everybody's going to catch up with the Crackster - it just takes 'em a while:


In ‘The Amateur’ Mr Klein claims that relations between Miss Winfrey and Mrs Obama took a nosedive over the chat show host’s close relationship with Mr Obama.

The book claims that in the weeks after the 2008 U.S. election victory Mr Obama gave Miss Winfrey’s advice ‘priority over Michelle’s’

Mr Klein writes: ‘When she (Winfrey) phoned, he dropped everything and took her call. They huddled over strategy. Of all of Obama’s unofficial White House advisers, Oprah had unparalleled access, input, influence, and power.’

Mr Klein quotes a White House insider who says that Mrs Obama was ‘furious’ about her husband’s late night phone calls to Miss Winfrey and that he should be turning to her for advice instead.

What can bother me is how they also miss the connections - the all-important connections - so I usually have to go through a few years of Hell, of being denounced, of being called obsessed, merely because I see patterns around us that are pretty obvious if more people would bother to really look:


The centre began to crumble as the sexual revolution, globalization and increased wealth led to the decline of the mainstream churches. In its place emerged a nation that turned to the extremes: from Glenn Beck to Oprah Winfrey. Yes, that Oprah. The queen of self-actualization, says Mr. Douthat, preaches a brand of spirituality that is self-centred, destructive and parasitic.

Mind you - I get it - it's hard to see the machinations of the "spirit" world. It's like trying to catch smoke in a jar because, let's face it, "occult" means "hidden" and these occultists don't want you to see any more than they allow. But when someone is as focussed as I am, I can't help but wonder why anyone doubts me. I'm on our side, and how NewAge works is going to come out anyway:


[Rielle] Hunter went on the run with [John Edwards' aide, Andrew Young] and his wife. Edwards' campaign finance chairman let them stay at his vacation mansion in Aspen, Colo., and paid for them to live in a $20,000-a-month manor in Santa Barbara, Calif. Hunter chose the location because it was close to her New Age spiritual adviser, Bob McGovern.

Hunter so relied on McGovern that when an Aspen restaurant served her a Reuben sandwich with the wrong sauce on it, she made an angry call to him to ask him to fix it, according to testimony at Edwards' trial.

It's like society is infested with gremlins, practicing the dark arts behind the scenes, disrupting lives and causing chaos, while flipping bad intentions (and behaviors) into "moral issues" on a whim:


Obama: Yeah, we’ve been fibbing about my position on same-sex marriage for a while now,…

The NewAge is driving us to avoiding the truth, and making us think attacking truth-tellers - and creating a nation of liars - is the height of "enlightenment," when it's (honestly) not working at all:


What HRC and other gay rights groups would like to sell the straight public is that gay couples are just like straight married couples. In many cases, they are. They are monogamous and have been together forever and raise their kids behind white picket fences. What they don't want you to know is that many gay couples, though married, civilly unionized, or otherwise commonlaw are inviting guys over for threeways, playing around with other guys on the side, or engaged in all other sorts of sexual hijinks. Yes, straight people have "swingers" but it seems like there is a stronger bent of "non-traditional arrangements" among the gays. It might be because gay men are horny bastards and because we didn't have your fiendish and chaste preset relationship constructs until recently when straight people decided it was time to stop treating us like second class citizens. Yeah, we may be married, but that doesn't mean we're dead or conforming to your rules.

Oh well. As always, I can wait:

'Gay marriage is not No.1 priority': Defence secretary Philip Hammond is latest to suggest coalition should shelve plans.

I may not be the most successful blogger out there, but I know why, as others line up against me, time and again, to "do the right thing" without knowing where they got "the right thing" from. They call me a "bigot" because I claim I understand, and I do, but only because it's the same as it ever was:


As early as 1820, [Mormon leader, Joseph] Smith, at the age of about 19 years, began to assume the gift of supernatural endowments, and became the leader of a small party of shiftless men and boys like himself who engaged in nocturnal money-digging operations upon the hills in and about Palmyra.... Numbers of men and women, as was understood, were found credulous enough to believe "there might be something in it," who were induced by their confidence and cupidity to contribute privately towards the cost of carrying on the imposture, under the promise of sharing in the expected gains; and in this way the loaferly but cunning Smith, who was too lazy to work for his living, (his deluded followers did all the digging,) was enabled to obtain a scanty subsistence for himself without pursuing any useful employment.  (Pomeroy Tucker Wayne Democratic Press, May 26, 1858) 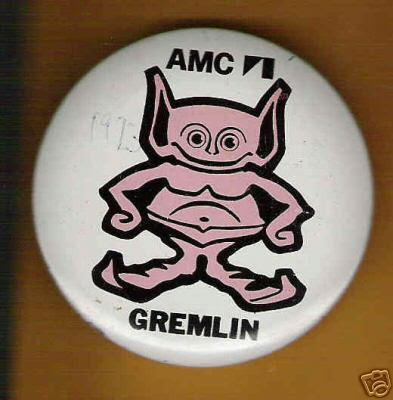 So I leave you today with a warning, Ladies and Gents, as you line up on "the right side of history" (that's the area marked, "Suckers") and if you're smart, it's a warning you'll not soon forget:


Except for the cars - which were pretty ugly, and lousy, too - all gremlins are fictional creatures,… 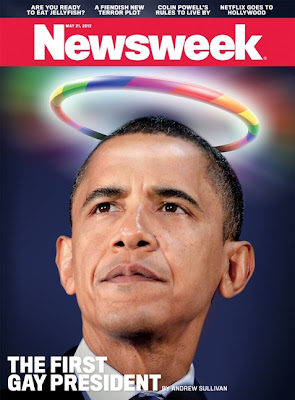 But this one especially,...