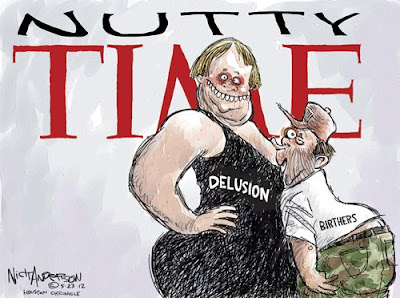 So what's it like to be a man, living amongst "a generation that cannot learn"? Much like it was for those who found themselves stuck with the Khmer Rouge, I guess:


Nobody makes any sense, so you try and lay low, avoiding getting your brains smashed in.

These crazy revolutionaries are mostly so-called feminists, publicly struggling with their all-important "self-esteem, " and their highest ambition is to be "happy." They don't create, or build, but excel only at being. Their every thought is related to something internal, and yet still superficial, which they'll lash out to protect. They've rewritten the laws to make it this way. Yell and it's verbal abuse. You can't hit because - as everybody knows - violence is not the answer. And no one has to listen to anyone else (I'm sure there's a law somewhere saying that) insuring there's no way to improve anything without risking getting burned - so you protect yourself.


And the best way to do that is hide.

This is America 2012. Not America itself, which has been buried beneath years of feminist bullshit, covered over by cultists because the importance of knowing how to stand on your own two feet has been lost to the cowards. Now it's all-important to have Facebook friends or be part of a gang or have a support group - just don't call it a cult (even if that's what it is) because that word's offensive to cultists.


That the world they've somehow forged is offensive to life itself is here-nor-there.