It’s pretty clear from last night’s screening that “The Master,” directed by Paul Thomas Anderson, is all about the early days of Scientology. Philip Seymour Hoffman is clearly playing L. Ron Hubbard, creating his cult religion with the help of his wife (Amy Adams). In the clip reel we saw, Joaquin Phoenix is some kind of drifter who gets involved with the couple and become Hoffman’s right hand man.

Phoenix in real life has been on a sabbatical from acting. So it’s kind of interesting that he took this role. He and his family grew up in a cult in Florida, where the kids all changed their names. But the acting from all three principals in the clips was superb. Whatever PTA has in mind, it’s going to be controversial. Scientology doesn’t like people messing with their made up history. This should cause quite a discussion. 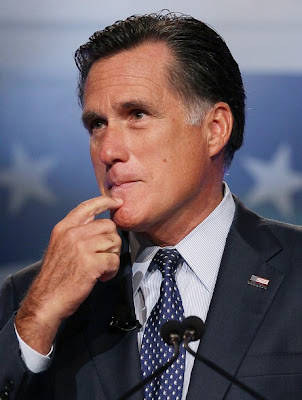 You know who else "doesn’t like people messing with their made up history"? A certain "normal" presidential candidate (who looks forward to having his own planet when he dies) his made-up cult with theocratic ambitions, and their "normal" supporters who shout "bigotry" every time someone mentions there's nothing normal about the potential leader of the free world following a convicted con man and child rapist's "spiritual" dictates.


Yes Sir, this movie should cause quite a discussion.