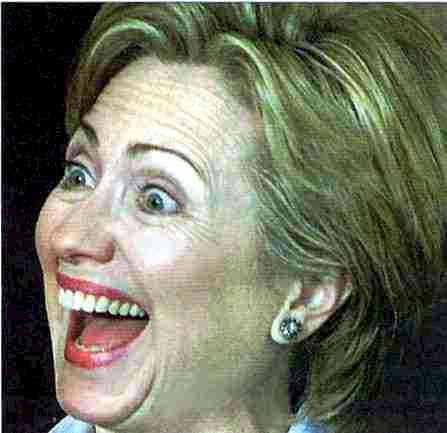 According to Myrna Blyth, Bill and Hillary Clinton not only got some "funny money" from fugitive Norman Hsu but, also, from Nina Wang - "the richest woman in Asia" - who "died recently and,...left her billions to her Feng Shui adviser".

All bogus belief-system crap, and totally corrupt to the core.

When is the mainstream media - or her opponents - going to start drilling her on this stuff? I mean, c'mon:

This makes her presidential material?

No - it makes her a prime target for: