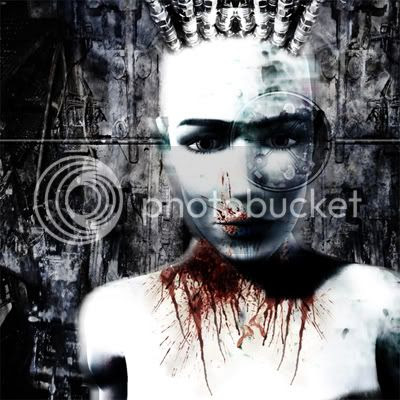 The whole scene was inhuman: I'm a foster child, from known gang territory. I've got no real "family" to speak of - Karine was it - and she knew it. And though she, and her family, had shown themselves to be cruel masters in the past (calling me a "nigger" behind my back; once locking me in the house alone, in France, for 11 hours while they all went out skiing and drinking) it was nothing compared to a life in foster care, where I'd been shot at, stabbed in the back, knocked out in fights, and almost killed more times than I can count. My life had been tough under the best of circumstances - to put it mildly - so crying wasn't something I did often. It was something I usually wasn't capable of, unless under extreme duress, but this was proving even more devastating than any physical challenge I'd ever encountered: this was an emotional ambush, coming at me from just inside my only zone of trust, and I had no idea how or why it was happening.

My emotions were running to extremes too fast - rage, alternating with hopelessness, confusion, and concern. I felt I was now becoming unhinged; my thoughts and feelings being stretched too far. Karine got up and went back into the bedroom. Her work here was done.

"No, no, no, no, no!", I screamed, as my coping mechanism exploded and it's parts ricocheted; the pressure of helplessness creating sparks in my head.

Karine was calling the police.

"Hello, police? I need someone to come over, right now, there's a black man in my house who won't leave."

"What?" I ran to the bedroom with tears running down my face, shocked, my mouth hanging open.

"I'm her husband!" I shouted, sarcastically, as she clicked the phone off and glared at me in triumph.

I could hear the sirens approaching from the police station a few blocks away. I was stuck. Shit. With me in the state I was in, they'd surely haul me away - just for being black and upset - while Eva Braun was cool as a cucumber. Quickly, I tried to compose myself as well, wiping away my tears and returning to sit in the living room. Still, I steeled myself for handcuffs and a trip to jail.

But the cops just came and went. This was San Francisco. Our tales of cults, adultery, and hysterics - lacking an act of violence - couldn't faze Haight/Ashbury authorities in the least. They'd seen it all. Once they were assured I was her husband, I lived there, and nobody was going to be killed, they left. Just like that. I even think they felt for me.

Now Karine was shaken. Calling the cops was, obviously, her ace-in-the-hole; putting me in jail was clearly supposed to end the whole fiasco I was still thinking of as a marriage and allow her an unimpeded opening to head to France. Now it was she who was stuck - and with a seriously troubled newly-"black" husband who, finally, saw her in her entirety:

Karine Anne Brunck is a cultist, a serial-adulterer, a racist, and a liar. She's a "New Ager". A person who knows no bottom, and is more than willing to prove it, using the twisted, relativistic, logic of the occult.

And we were alone again.