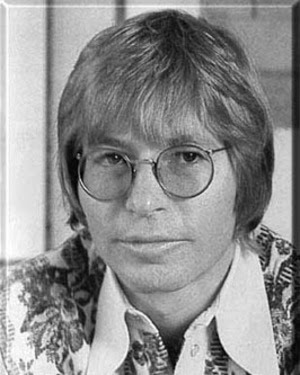 I don't know about you, but I didn't know John Denver was a graduate of EST (Erhard Seminars Training) I just thought of him as the "Thank God, I'm a Country Boy" guy who, quite unfortunately, died in a plane crash. But it seems:

"He was an early follower of Werner Erhard, founder of the self-improvement association known as EST (Erhard Seminars Training). Denver once asked Erhard if he might become a trainer in the EST organization, but was told he could contribute more by continuing his career as an entertainer, spreading the message through his music, of taking personal responsibility for whatever happens in the world. Several of his subsequent songs reflected that philosophy."

So I'm back to thinking about new wage manipulation of the public - including me, BTW - like EST getting me to sing John Denver's songs, internalizing values that are not my own, which is exactly what they, and the companies that hired them, were sued for, back-in-the-day, before EST went underground to re-emerge as The Landmark Forum. It's crazy-making stuff. And EST isn't the only one. Rick Ross showed Scientology was on PBS - spreading their whack-job ideas to all of us as kids - but I want to stay on the theme of music.

I've already mentioned Denny Fridkin's description of his whole band being sucked into Scientology - and we should all know about Issac Hayes, Herbie Hancock, Chic Corea, and Beck, by now. Keep in mind, like Tom Cruise and John Denver, each of those artists perform, partially, to recruit as many others into the cult as they can. That was L. Ron's vision. 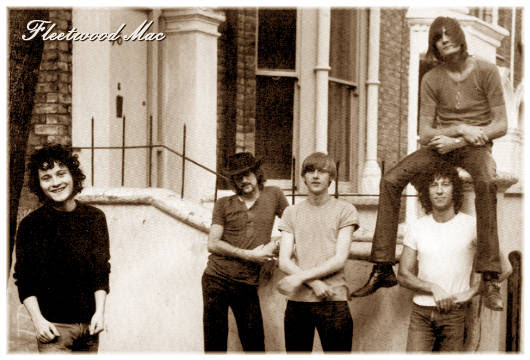 Jeremy Spencer (above left, formally of Fleetwood Mac) was a Children of God member. That means he was having sex with children. Have the police gone after him as they've gone after others? One can only wonder. Many of those "Family" kids grow up severely damaged, or they're left, sleep-walking through life, spouting evasive nonsense, like, "People think this is all about sex, but it's greater than sexual relations. It's about how you relate and feel about people. It's about loving God with all your soul." Yea, yea - and all those damaged women, working in strip clubs, are really nuns - I get it, I really do. Jeez. Just shut-up and let me hear your demo, O.K.? Amazingly intelligent, and crazy-as-hell, The Beastie Boys have totally-mellowed-out since bowing their heads to the Dali Lama, only to start producing some of the worst music of their careers (I've said it before and I'll say it again: The connection between new wage believing - and sucking at Rock 'n' Roll - is clear.). Sheryl Crow, who has always made God-awful music - but, strangely, keeps snagging TV commercials - has to be into,...*something*, being part of the one-square-of-toilet-paper crowd, because sane people just don't talk like that. And, of course, the latest addition to the new wage musical canon is the Smashing Pumpkins's Billy Corgan, whose latest outing, Zeitgeist, catches the dismal, depressing, feeling of these times perfectly.