Caught In A Hippie Cult Of Liars 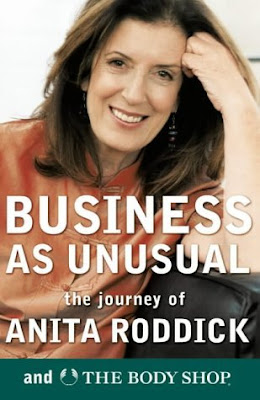 "It wasn't true,...we just decided to make it a bit more romantic."

-- Janis Raven, public relations person for the, recently deceased, English entrepreneur, Anita Roddick (above) who deceived everyone - including people in Third World countries - after she stole her concept for The Body Shop. 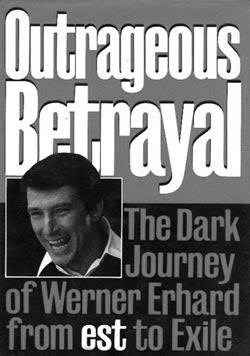 ...The IRS, CIA, the Army, Navy, and Air Force have all engaged these training companies. Many of the trainers, however, use techniques and promote philosophies at variance with the moral and religious convictions of employees,...Most often, these techniques and philosophies arise from the broad and variegated matrix of the so- called New Age Movement (NAM). And this fact has caused a great deal of controversy,...The core of the controversy is highlighted by Arthur Johnson's statement that 'There's a fine line between corporate culture and corporate cults.'"

-- Lawrence A. Pile giving a breakdown of some of the many companies that hired Werner Erhard (above) est, and/or The Landmark Forum, and other '70s cult-inspired groups, to "motivate" their employees. These teachings, which have now saturated Western culture and are now accepted as fact by some, were found to be deceptive and dangerous, resulting in massive lawsuits.

-- Joel Rosenman (above) one creator of the Woodstock festival, who is now caught in Norman Hsu's pyramid scheme of Democratic fundraising.

-- Sting (above) the supposedly-socially conscious Sting (above) whose chef testified he is married to a woman with a "grandiose ego"; from an article called Superstar Hypocrite, which details his many deceptions, "green" pronouncements, and various ethical issues.

"Fads like astrology and be-ins, free love, newfangled drugs, the Hare Krishna movement,...dropping out,...generally thumbing the nose at the Man".

-- Charles Isherwood, describing the themes behind Hair - "one of the last Broadway musicals to saturate the culture" - which is returning to the stage for another run at ruining it, in The New York Times.

"At the heart of [Carlos Castanada's] movement was a group of intensely devoted women, all of whom were or had been his lovers. They were known as the witches, and two of them,...vanished the day after Castaneda's death,...A few weeks later, Patricia Partin, Castaneda's adopted daughter as well as his lover, also disappeared. In February 2006, a skeleton found in Death Valley, Calif., was identified through DNA analysis as Partin's."

-- Robert Marshall, in an article on "The Godfather of the New Age" for Salon.com.

"One afternoon, a young Malaysian woman had a psychotic breakdown, attacked ashram workers and was dragged away by police. I later found her at the police station, half-catatonic, mumbling 'darshan, darshan, darshan' over and over again. At dinner another evening, [my friend] pointed out a wan Austrian woman tugging around a listless little boy. She was frenzied because she'd had a dream in which Sai Baba instructed her to abandon her 7-year-old son and live on the streets as a beggar, and she didn't know whether she had the 'strength' to do it."

-- Michelle Goldberg, with an article on Sai Baba (above) the pedophile Indian guru who sells incense all over the San Francisco Bay Area, also in Salon.com.

With Hillary it’s much harder. She plans everything. Her notion of spontaneity is changing her brand of day planner without having a meeting about it first.

What Bill says with rakish bluster, Hillary pulls off with schoolmarmish fog."