Time For A Paradigm Shift 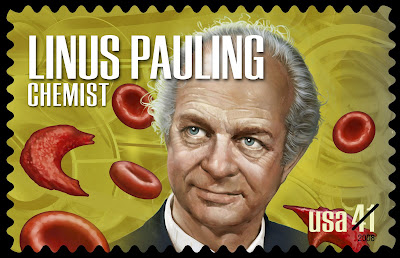 Today I got screamed at by a fellow musician. I told him I was having a back problem and, illogically, he suggested vitamin C. I asked him if he had heard of Linus Pauling - and did he know Pauling died in disgrace for his vitamin C (and other) health claims? He said, "I don't care about that, it works for me!" and then let loose with a 10-minute screed about how much he hates being challenged on his vitamin C claims when he's "only trying to help".

A few weeks ago, I got into a debate with another musician about politics - specifically about the Iraq War. He insisted I let him speak first, which I did, and he yelled for a good five minutes about his obvious hatred for George W. Bush, how the Iraq War was an oil scam costing thousands of lives, and everything that's being done in the name of the American people was, actually, exclusively for the benefit of the rich. After he indicated it was my turn, he then walked away at my first mention of Bush, saying the subject was "too traumatic".

Just not as long as he was spouting off.

About a month ago, I was having a discussion with a really good musician about his favorite band. He played their music for me and asked what I thought. I told him they were great - I really liked them - but eventually, during each song, they would head in a direction that was, theoretically, completely unrelated to what had just come before. Shocked, he told me I was "attacking" what was most dear to his heart, and, if I wanted to stay friends, I could never give my opinion on anything in his presence again because I'm "too negative". I said, "What? For now on you're going to hold me hostage to your feelings?" To which he replied, "You're damn right I am!"

And it was almost two years ago that this really good musician explained to his wife that homeopathy was a fraud, and she was being taken advantage of, sexually, by a quack - a quack who also killed her mother - and all she said, blissfully, in return was, "You're only saying that because you don't believe."

And you know what? She was right. No, I don't "believe" - I don't believe any of it - and I'm tired of it, and from here on out, I'm getting off the floor and I'm putting a stop to this silly cult nonsense that's been warping my world since I last spoke with my uber-gullible, non-reading, money-hungry, and power-over-others obsessed, ex-wife: