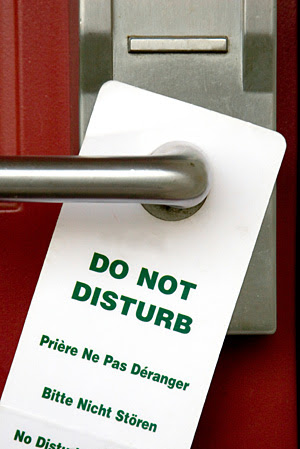 I just got an e-mail about the "crooked vagina" reference - which I woke up thinking about this morning - should I take it down? I've decided to leave it because Karine's actions came *very close* to reducing me to a, babbling, homeless person (with a bunch of new medical problems, physical and mental, as unwanted extreme exposure to new wage beliefs can do). A Homeless person whose most intimate functions everyone would get to see anyway. That's part of the reason for the lead quote - the Stalinist show-trial reference - it's "all out there" now:

From the moment she acted in this way - talking to psychics about us, the affair with the homeopath, Robert Wohlfahrt, especially - our "private life" was open to strangers.

That's what cheating is all about. She allowed somebody I didn't know to do something that was, formally, private to us alone. And that, then, lead to friends, the police, lawyers, judges, doctors, and anybody else that became involved somehow, looking into our personal affairs that she - and she alone - decided (wittingly or unwittingly) she was going to "break-up" for her own sexual/emotional/spiritual self-interest. And all with no warning to me. (She was probably going to get Nadia to do it - coward.) Think about it:

Is there anybody that doesn't know what Gavin Newsom did with his best friend's wife?

All my stuff is in storage, now, and I'm possibly going to lose everything - my life's work - because, both, she left me with nothing and I've become so bothered by new wage, and see it, so clearly, now - everywhere - that I can barely hold a job after this deeply-flawed human being got talked into believing she's a God who didn't have to abide by regular attitudes of marriage, morality, or (put more simply) any of the agreements we made together.

Does that make sense?

Let me know, because I don't think - in any of the discussions of divorce, or new wage, I see - such things get addressed, openly, and, to me, that's a crime.

Every married couple, especially, should know what they're facing when they're looking at these topics.

About using her name:

I use the names of all the other "healing" hustledorks - and she's no longer my wife; worthy of, or desiring, my protection - so why not? She saw me on the street and laughed at me (very "sensitive", that) so I say, if she/they, as new wagers, want a world based on such twisted values (exemplified by sneaking up on non-believers and changing the rules with no warning - something never mentioned by Oprah,...) I'll play by those rules (on the blog) until she/they come to the realization that the values I/we were honoring (in my case, for 20 years) were pretty darned good for all involved.

Thanks again. Let me hear what you think.

These are the values of: