The Politics Of NewAge Spirituality

*Looking at the links is a very important part of this post. I will continue adding more updated links over time to make the point even clearer: 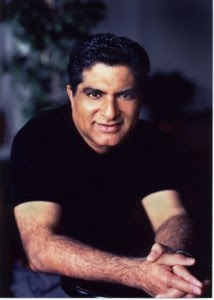 "Somehow over the decades there's been a revolution in morals. Deficits, obfuscations and trickeries that were once unthinkable are now the norm."

That's the New York Times's David Brooks discussing politics, but really discussing the influence of NewAge occult thinking on American society as a whole. Don't believe me? Look at this definition of NewAge from the very-Christian Watchman Fellowship:

"Man is not sinful since his true essence is divine and perfect. The only discontinuity between man and 'God' is man's ignorance of his unlimited potential. Man is divine. He creates his own reality. Absolute truth is replaced by relativistic, subjective experience."

And here's one, from Lawrence A. Pile, while commenting on NewAge's effect in the secular world of management: 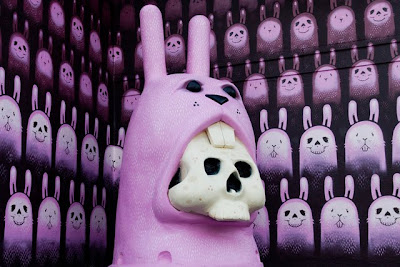 "There is no ultimate distinction between God and creation, or between one individual and another. The distinctions we see are unreal or illusionary. This means (among other things) that God and man are the same,...if man is God, then man has unlimited potential, able to accomplish anything he desires,...further, if "all is one," then there are not only no distinctions between God and man, there are also no distinctions between truth and falsehood, right and wrong, good and evil. In fact, all distinctions are mere illusion,...thus, the problem of humanity,...is that we have forgotten our own divinity. This lapse of memory must be overcome by undergoing what is called a 'paradigm shift,' a drastic change in the way we view the world around us."

So, pretty much, people are becoming full of themselves, doing whatever they want, without anyone caring about right or wrong, which allows for "deficits, obfuscations and trickeries that were once unthinkable" to occur on a regular basis. And if others get hurt? Well, those people should have joined the I'm Divine And Will Hurt You Party already.

Remember: Because there's no right or wrong in occult thinking, eliminating anyone that can't forget there's a right and wrong is O.K.. Actually, they must be eliminated, otherwise believers could be reminded they do bad things. And they can't have that, can they? They're "divine". Plus, the betrayal of the last occult-inspired good time - The Holocaust - was enough for most people.

Look at the happy Auschwitz workers above. Can you imagine those smiling faces once someone showed up and said "Killing the Jews is wrong"? The Nazis were occultists. Nazis believed in the "ancient" teachings so many feel compelled to study these days. That's what inspired the Steven Spielberg movie Raiders Of The Lost Ark - and it explains why Germans, instinctively, hate cults like Scientology. They've been there already.

The whole "reaching your full potential" route - becoming health-freak "supermen" who will "save the planet" by redefining right and wrong for others - that didn't work out too well. But the Nazis that made it to America brought many of these ideas with them, teaching at the Esalen Institute and Stanford. For instance, former-Nazis, like Carl Jung and Jakob Wilhelm Hauer, brought yoga to the West. NewAgers are on the same occult trip but, this time, without the immediate taint of Nazi violence. "Occult" means "hidden" and these are ideologies with a lot to hide - preferably right under your nose.

"There's a long history of embarrassing siblings, wives, children; candidates ought to be thankful that the public really doesn't care."

"In the Pew polls, the biggest turnoffs in a presidential candidate – atheism and a lack of political experience – had little to do with their divorce count or the number of phone calls they get each week from their children."

- From the same article 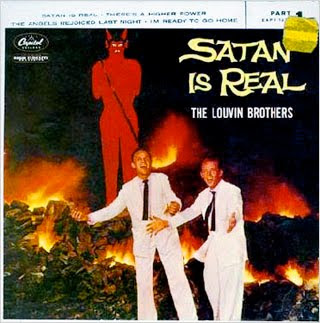 See? "The public really doesn't care." So someone betrays the people who loved them most - who cares? There's no right and wrong, and the only people they hurt are the people who they, previously, defined right and wrong for - their wife, kids, and friends. Who cares if they put them in Hell? The occult is all about Hell for anyone who was dumb enough to actually believe what they said - that believed in right and wrong. And that's not you - you don't trust politicians, right? And even Hitler hated atheists.

It's all so simple when seen that way. Those ignorant people, who believe in ethics and morals; they deserve the pain they get at the hands of those who don't.

So who are the NewAgers? It's pretty much anyone who's bought into the culture-covering tapestry of the following:

C'mon - you're in there somewhere - you planet-saving, yoga-using, Buddhist health-freak you.

No, these are not just the tin-foil hat crowd. They're as common as Catholics. They're the people who are always suggesting one should "keep an open mind" - but not so open you can think they might be wrong or don't know what they're talking about:

And, obviously, such people seem to be everywhere now. Listen to this description of Hana, on the east coast of Maui, Hawaii:

"This remote fleck of paradise some 52 miles, 617 hairpin curves and 56 one-lane bridges away from the nearest city possesses mana, “a life energy,” an unseen spiritual force,...recent émigrés like Woody Harrelson, Kris Kristofferson and George Harrison. Most recently there is Oprah the Divine,...Paul Fagan, a paternalistic San Francisco zillionaire,...various Gettys, Mayor Gavin Newsom of San Francisco (above) and other A-list haole."

"Oprah the Divine". Has a nice ring to it, doesn't it? (Courtesy of the New York Times.) It does sound good, as long as you ignore the fact that she promotes every bad idea under the sun and causes great harm to people by doing so. Oprah keeps "an open mind" about everything. And she's everywhere - America's highest paid celebrity - which is all that matters. She can do no "wrong" because there is no "wrong" to do in her world of "find your own truth.".

My point is, despite their ubiquitousness, there are places believers gather. They call them "power spots". In America, they're mostly well-known places like Mount Shasta, Sedona, Arizona, Boulder, Colorado, and (of course) Burning Man. In politics, there's Bill Clinton's Global Initiative and many other places where people gather to decide what to do with the rest of us. Listen to Bill discussing raising our "higher consciousness" at Davos (yes, I've shown this clip before, but I love it):

It's all so tacky. So much hubris. A man who openly cheated on his wife (giving others the impression it's cool to betray your loved ones) while letting Osama bin Laden freely kill Americans (but now complains the president isn't going after him correctly) and who now hangs out with con men like Tony Robbins (above) is also deciding he knows, along with his rich friends, what's best for the rest of us. That takes balls.

But, since he and "Saint Hillary" are NewAgers (she even helps bad-mouth his lovers) it's all "relativistic, subjective experience" that counts, so - in Bill's own NewAge mind - they're A-O.K.. Until - just like the Nazis - somebody calls them on it. 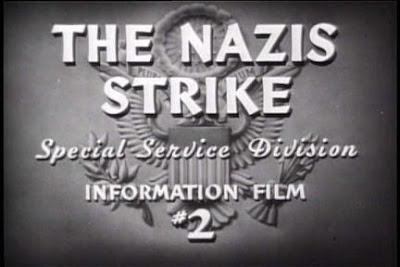 So, being the political beast that I am, I'm calling them on it. I'm calling all the NewAgers on it. It's time for this nonsense to stop before more people (or our country) gets hurt - just as Germany did - by occult ideas.

As we should have learned after WWII, ideologies are dangerous things. They don't conform to reality, that's why so many are demanding we conform to the occult ideas they - no matter what their stripe - decide to embrace. 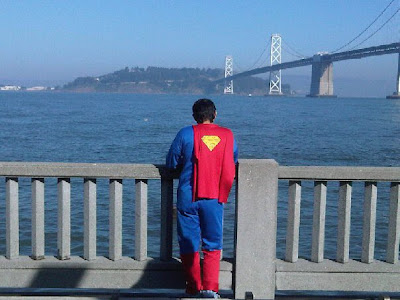 San Francisco, of course, is a power spot. And a quick look at today's San Francisco Chronicle reads like primer - with my links as an expose - on popular occult ideas and how they fit in real life: 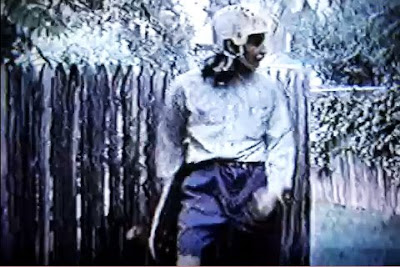 Just another wild ride at 15th anniversary of Critical Mass in S.F.

This is the headline of an article celebrating the group-think that regularly attacks people with violence who commit the crime of driving cars.

Here, the paper ignores the idea that the president might have bigger priorities or that the environmental movement has been taken over by ideologues. 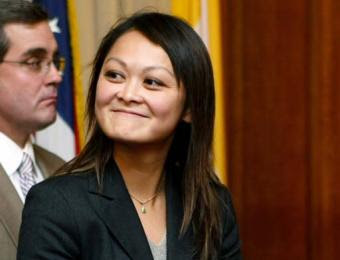 This is good because Supervisor Carmen Chu (above) just hours after being appointed by the NewAge mayor, Gavin Newsom, admitted she got the job though "I don't presume to know much about District 4."

Nourishing souls with the poems of a great mystic.

Because we all know how important words from the "great mystics" (from the year 1207) are to us all. Why it's enough to make you think Osama bin Laden's 13th century philosophy is right on target, right? I mean, NewAgers always say "People are free to believe what they want to believe." And - since nobody's actually thinking - who needs their head for that? 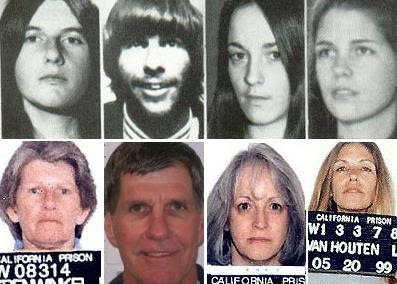 They're just your beliefs.

And - in the serious business of politics - forgetting that can get us all killed.