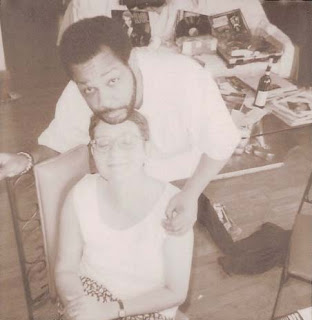 Pretty harrowing stuff, huh? And I haven't even gotten to the part where Karine declares she's a NewAge God. (A "God" who wears glasses, has a mouth full of gold fillings - and a crooked vagina! Go figure.) I'll finish it up when I get my nerves back:

I was re-living it the whole time it was being written.

I was still thinking of it all when I saw a new study that says liberals and conservatives think differently about things - that liberals "tolerate ambiguity and conflict better than conservatives". (I'll say: My reactions, in The Big Bang, should show you that.) For me, this study raises just one question:

After everything I just wrote, why would anyone want to tolerate ambiguity and conflict?

Isn't life and love crazy enough as it is?

The study's lead author, David Amodio, said "the tendency of conservatives to block distracting information could be a good thing" and, in retrospect, I think that's probably what I'd been trying to do while loving Karine all those years by ignoring her nonsense. I don't know (I had no idea what she thought she was doing to begin with.) I mean, screwing another guy when you're married - and then hiding it, and lying about it, until you're busted - just doesn't strike me as very "spiritual" no matter how you look at it. Just like rooting against your own country in a war doesn't strike me as very "patriotic". No, nowadays, not much of liberal behavior, or claims of NewAge belief, make much sense.

And, call me a conservative if you must, but I don't want to "tolerate" it either. 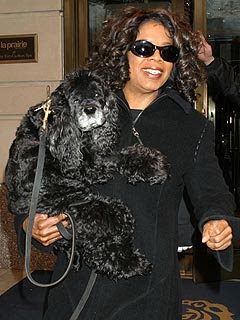 See, when journalists, politicians, and celebrities, are calling a person like Oprah a "moral authority" - when she's been promoting useless remedies for "DNA damage", magical-thinking, homeopathy, The Secret, 30-minute face lifts (that destroyed people's faces or killed them) cultish-thinking, being rude while lying, etc. - there's, definitely, "ambiguity and conflict" over what's moral these days. Under the rules today's NewAge media abides by, getting caught seems to be the only acceptable crime. Especially since they only seem to be looking for only certain people - non-NewAgers - everybody else they "tolerate".

In his documentary, The Enemies of Reason, Richard Dawkins's assertion that it was the questioning of MMR vaccines that caused England's first measles outbreak in 14 years - a new wage medical rebellion that lead to mass confusion and sickness - should've put the tolerance of ambiguity and conflict in it's place. At least amongst those of us that don't want much of either. I mean, understanding there's ambiguity and conflict in life shouldn't be the same thing as tolerating it being thrust on others, especially kids, which is all NewAgers seem capable of insisting on. As I've tried to show you, it's a real my-way-or-the-highway outlook. Why should anyone be forced to tolerate it - or them?

I mean, who actually wants to tolerate frauds, like the kabbalah people, in our political process, or our energy discussions, when we know they're "just like the Church of Scientology" and will cause nothing but trouble? (Can't we agree crazy Christians are enough?) It reminds me of being in France, where everyone - even the acknowledged idiots - get a say in all discussions, leaving every rational person either asleep, laughing hysterically, or walking out in disgust. That's no way to run a country.

I know what you're thinking:

They said "liberals", not NewAgers, you one-track-minded Crackpot!!

Fine - you're right, you're right - so let me ask you about just two big-name, non-NewAge, liberals who are, surely, a source of ambiguity and conflict:

Is there a good reason to tolerate the opinion of a known liar, like Michael Moore, who, on the one hand, disses Halliburton but, on the other, owns their stock? Osama bin Laden's pal, Noam Chomsky, does too - and he works/worked for the Pentagon. Is there a good reason to believe they're sincerely helping the country decide *anything* when we know they're such open hypocrites? How does tolerating them, and their forked-tongue opinions, make anything better? Don't they - and the other people who want to tolerate ambiguity and conflict - really deserve this instead?:

Come on - if ambiguity and conflict are their thing:

It would be giving them what they want,...

But it would be better to fight smart - attack from a different angle - and the best is to roll with: