Scientology: Under The Radar

I've spent a lot of years explaining politics to my friends. Being the only one who served in the military, I was also the only one who really seemed to care about what happened in Washington. And I was usually right in my assessments. The only big "wrong call" I can remember was when the Democrats took both houses of Congress. (I expected one, after the Mark Foley mess, but certainly not both of them. Oh well.) I like following politics - really like it - more than most "underground" musicians, so I "pick and stick" with my various stories and watch how they play out.

Now that I've added cultism to the mix, I still do the same thing: follow the stories. To many of my friends, now that I'm divorced from my new age ex, this seems strange or, at least, obsessive. But, to me, it's just a continuum of what I've always done - with the added weirdness of her cultish-thinking thrown into the mix. I feel my ex would be proud. Lord knows, I didn't pay attention to it when I was married to her, no matter how hard she tried to manipulate me.

I mention all this because I was reading about a survey on news; comparing the mainstream media's interests against what stories are followed on client-controled sites like Digg.com, where pieces come up, all higgly-piggly, only to vanish when some new faddish thing appears. What got my attention was when the authors of the survey story, reflecting on the Digg phenomenon, wondered, "What's going to happen to investigative journalism?" And I didn't have an answer.

Indeed, what IS going to happen to the news? Most Americans are pretty flighty when it comes to our information. Today, the story might be Iraq, and tomorrow Britney. The idea that the public should actually be following any one, or two, story lines seems almost "alien" to most people. But that's exactly what they should be doing. Let me show you why:

Remember 2005's South Park/Scientology episode, Trapped In The Closet? It was a hell of a conversation starter for a while, right? We learned that Scientologists believed in aliens, they had Issac Hayes's mind, and all that. (There was also talk of them being tied to PBS, and Satan, but nobody seriously believes the Satan part. PBS? Sure. You ever watched PBS?) Well, anyway, the question is, what have the Scientologists been up to since South Park? Do you know? Surely they didn't get all embarrassed and just go away, right? No way, Jose! They've been busy little perfect alien-worshipping weirdos, doing their e-meter thing, and continuing to try and to take over the world.

There was the stuff about the slime ball mayor of cultish San Francisco, Gavin Newsom (above) who was dating a Scientologist - before he was sleeping with his campaign manager and best friend's wife to the strange, and obscene, applause of the voters. (He claimed - after the South Park episode - that he "couldn't tell you two things about it." Sure. Me, and your former campaign manager/best friend, believe you.) This was at the same time the Scientologists were, coincidentally, trying to buy a historic building in SF. Should we assume Scientology isn't above whoring (like The Family cult did) to get what they want? Well, whatever, they didn't get it (as far as I know) thanks to some quick-thinking maneuvers by Board of Supervisors President, Aaron Peskin, and the cries of the building's neighbors. But it was close.

And who could forget the deaths of artists Jeremy Blake and Theresa Duncan? Two high-flying, beautiful, creative-types - who everyone called "brilliant" - until they started telling their friends the Scientologists were after them. Now they're dead and being dissed, by the likes of Malcolm McLaren, which I guess means they'll just end up being two more notches on that long-assed Scientology Death Belt Tom Cruise must wear to bed at night.


John Travolta led a campaign against the BBC, after the Scientologists almost drove one of their reporters crazy (above). This was part of their European Offensive which got very little coverage here in the States. Seriously, it should have gotten more because there's some weird and meaty stuff to it. Like this:

That's Richard Armitage's scheduling calendar, above. You remember Richard Armitage, don't you? The man who admitted revealing Valerie Plame's name to Bob Woodward, while the very-astute Democratic political watchers were busy doing their civic duty of standing up for justice - and blaming Lewis "Scooter" Libby for it? (Good job, Guys: You really know politics,...and fairness.) Anyway, as you can see from the circled appointment, it seems that Ol' Rich was also talking to - who else? - Tom Cruise. Tom wanted to talk about getting the German's to back off his cult and he wanted the American government's help. (As much as Scooter seemed to love Tom Cruise, Orb #1 didn't seem to get too far with him.) Mr. Armitage - who appears to be, how shall I say it? "Ethically challenged" - used to be the head of the State Dept. And what do we have, now, but *new news* that the State Dept. is breathing down Germany's neck on behalf of Scientology - where Tom Cruise is currently shooting a movie. Coincidence? You decide. Something tells me, if the Democrats would've been all fired up about putting Richard Armitage in jail for revealing Valery Plame's name - because that's what he said he did - Tom Cruise wouldn't have gotten anywhere with Washington and the Germans wouldn't be upset. But that's just stupid Ol' Republican cult-watching me.

People (normal people, anyway) might be surprised that Scientology can get as high up as the State Dept., but these guys are everywhere now. They staged an exhibit in the Columbia, Missouri Capital Rotunda. Tony Blair (whose wife, Cherie, is a total new wage fruitcake) gave them the high sign. Even that bogus assshole, Uri Gellar - the guy James Randi busted on The Tonight Show With Johnnie Carson (above) - has been defending Scientology. But - hey - that figures. 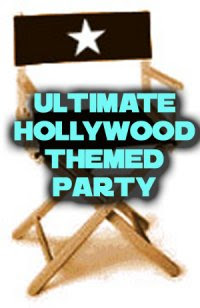 Once Jim Carrey's movies started to suck, he seemed to have found new wage (prompting TIME Magazine to ask if he'd "flipped out" - a reasonable question) but that was right after he indicated he'd been hanging with Tom Cruise, so who knows? Tom also tried to convert Angelina Jolie and Superman's Brandon Routh (Jolie should've been easy since her father is a cultist. Maybe Tom's losing his touch? Or maybe Brad Pitt just wasn't having it?) We definitely know Dana Elfman's in because she's been acting like a whack-job and her art sucks. (Those are the two sure indicators.)

If reports are true, Scientology has gone after paedophiles and killers, New York City Firefighters (who ought to know better) and, recently, Denny Fridkin (drummer for the rock group, People!) told how his whole band got sucked into it. And all this without nary a peep of opposition from anyone - especially any stupid investigative journalism arm of the media. Just little Ol' me. All by myself.