The Enemies Of Reason 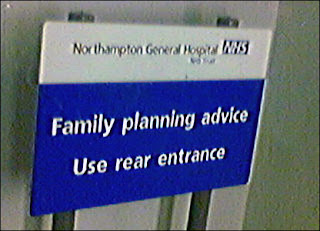 I was going to do (what, for me, would be) a serious piece on this but, ultimately, I no longer want to waste my time:

As my readers know, because of my personal experience with occultism, I've become a (admittedly) strident voice against cultism, cultish-thinking, and the occult generally. My loud-and-proud way was, partially, inspired by the anger I see exhibited by such icons in the field as James Randi, Richard Dawkins, and many of the physicians in England and elsewhere. I thoroughly endorse this anger because I know, first hand, the corrosive effect these beliefs have on individuals and society. Unfortunately, except for Dawkins and a few others, it's become abundantly clear to me that one group that hasn't joined the fight - beyond chuckling about it - is scientists.

So I've spent some time on science blogs. But recently, because they don't like my questioning of their ethics, Mark and Chris Hoofnagle's lame denialism blog has decided to childishly "disemvowel" me (they take all the vowels out of whatever you write before banning. Of course, I left them with a message that'll be clear with or without a, e, i, o, or u.). Being banned by Mark Hoofnagle is like finding out a liberal, named Karen Doofendorfer, didn't want to go out with me. Or The Simpson's Comic Book Guy will no longer let me in the store to hear him pontificate on Star Wars. I shit you not. As a layman, I'm starting to find scientists to be one of the most lame groups of people I've ever encountered. It's no wonder new wagers don't trust them:

Like new wagers, they're too asinine to be trustworthy.

Any suggestion that scientists are fair brokers in public discourse and/or debate - even about science - has, for me, been thoroughly disproven by my own brief encounters with science blogs. Obviously, the Hoofnagle's are human beings with the same failings as everyone else (I can't even write their last name without giggling.) but, as supposedly-smart folks, I find scientists (with few exceptions) to be as big a bunch of Left-wing fruitcakes as, well, the big bunch of Left-wing fruitcakes I'm getting used to seeing out there. So, despite the shine of the many scientific discoveries I adore, it no longer surprises me so many scientists throughout history have ended up being seen as such idiotically cruel, unfeeling, idiots.

Take the whole "denialism" idea that the Hoofnagle's endorse. While they'll hide behind the idea the word's been around since the 1920's, they're more than happy to ignore the changing nature of words, and, especially, the Holocaust associations the word "denier" has had since World War II. Anyone that's offended by having the Hoofnagles throw the word at them, regarding Global Warming, well - as far as Mark and Chris are concerned - too frigging bad. Like someone claiming they don't understand anger over the word "nigger" - a word that's had many meanings over the years of it's existence as well - they're two geeky brothers who are delighted to be offenders, if they think it's in their interests, or for some greater good. (A greater good they alone decide, of course.) Now that it looks like Global Warming is no longer a problem - or, as I've always suggested, never was - they're just two offensive geeks.

Mark Hoofnagle, especially. He has spoken often of his Stalinist desire to "moderate" others behavior for GW. And he's said he isn't above allowing new wagers to spread "science's" Global Warming message, though, like people suffering from Irrational Bush Syndrome - as the president continues to beat the pants off Congressional Democrats - he, and his followers, say they regard new wagers as merely "stupid" rather than naively dangerous - a phenomena worthy of a laugh - as the occultists continue to kill through invading science and medicine with abandon.

And the scientist's debating tactics, regarding politics, are, often, exactly the same as the new wagers, relying mostly on a withering condemnation of their own government's tactics and behavior - because the government has Christians in it - as those outside our sphere are given a free pass by only having to endure a token covering fire from the likes of the Hoofnagle's. Think about it:

I don't think so. But, I'm sure, they're lined up against President Bush. You can find any number of scientific groups, and science blogs, with an agenda to reel in their own government's efforts, which makes them no different than the other BSer's marching with dread locks and attitude. All serious criticism is directed at us, or the president - but not the enemy - like science will march on if a regime like the Taliban's ever gains power. I thought scientists were smarter than that.


But, then again - like their family name implies - the Hoofnagle's are sillier than most.